Chaopeng Zao said the crypto market is much healthier in the current winter conditions because only the believers remained in the market. 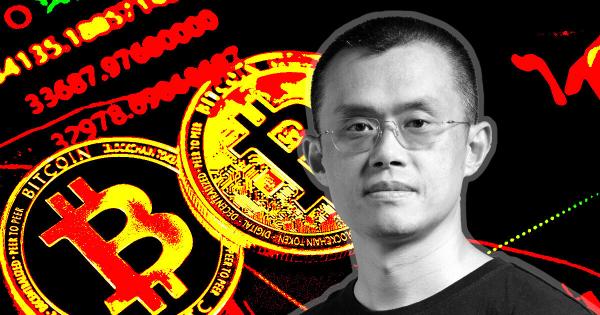 Crypto exchange giant Binance’s CEO Chaopeng Zao (CZ) gave an interview to CNBC where he argued that the market is much healthier in the current winter conditions because only the crypto-believers remain in the field.

“A little bit of a reset is healthy, to be frank. […] the crypto attracted a number of unbelievers in the space. They were just speculators, most likely.”

In November 2021, the crypto market capitalization had reached a record high of $3 trillion, while Bitcoin had seen as much as $69,000. After the devastation of the coldest winter so far, the crypto market barely re-gained $1 trillion in market cap as Bitcoin neared $24,000 on July 28.

“I actually think now the industry is much healthier than it was with Bitcoin at $68,000.”

CZ mentioned the Terra crash that led to a domino-affect collapse in the sphere, taking giants like 3AC and Celsius down with itself. However, CZ approached the failure with a long-term perspective and said such overswings cleanse the market from non-believers.

He explained that when Bitcoin was trading at around $68,000, many non-believers entered the space on a large scale to chase fast gains. He said:

According to CZ, the crypto market should only attract believers for the technology. As the bear market shakes off the non-believers, CZ said, the market is much healthier. People who know the value and understand how to use the technology can enter the space to innovate now.

Since the Terra disaster tipped the market over the cliff, prominent crypto executives have been making similar comments to CZ’s about the winter conditions.

For example, Ripple’s CEO, Brad Garlinghouse, said there were over 19,000 currencies in the market, which was way too much to create a healthy setting. He made this comment in early June 2022 and said that the winter conditions would shake off the projects that don’t offer real value to the market. Therefore, once the winter is over, the market will be left with projects that provide solutions to real problems.

Traditional investor billionaire Mark Cuban made similar comments about the winter conditions in crypto on June 16. Cuba referred to the market hype right before the winter hit and said it wouldn’t matter if it were in stocks or crypto; all businesses gained without a solid business plan would disappear. He said:

“Like [Warren] Buffett says, ‘When the tide goes out, you get to see who is swimming naked.’”

On a separate occasion, Blockworks’ co-founder Jason Yanowitz posted a thread on his Twitter account explaining the stages of the bear market. His thread mentioned a stage of “lifelessness” before the markets picked up again. He said the third stage is making people want to leave the space. The ones who stay despite the stagnant environment will lead to real innovation and be the real winners of crypto.

Jason Yanowitz is the Co-Founder of Blockworks Group, an events and media company that sits at the intersection of digital assets and traditional finance. Learn More