Mike Novogratz addresses the crypto community after more than a week of silence on the matter. 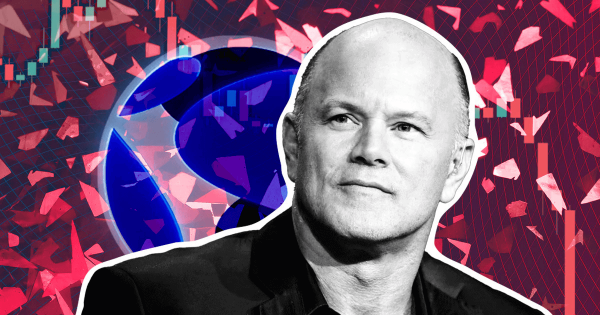 Speaking for the first time since the sensational collapse of the Terra ecosystem, Galaxy Digital CEO Mike Novogratz penned an open letter warning of the risks of cryptocurrency.

Galaxy Digital, along with an “all star roster” of investors including Delphi Digital, Lightspeed Ventures, and Pantera Capital, to name a few, backed Terraform Labs to the tune of $150 million in July 2021.

Such was Novogratz’s belief in the project; he had a LUNA tattoo done just weeks before the implosion. However, the billionaire now says it has become a “constant reminder that venture investing requires humility.”

The spectacular downfall of Terra LUNA and its UST stablecoin served as a harsh lesson to all involved in cryptocurrency. Over $400 billion took flight following UST losing its $1 peg price, decimating token prices across the board.

The repercussions of the collapse will see harsh regulation brought in, which may stifle an already under the cosh industry.

Novogratz had maintained radio silence as the Terra debacle was unfolding. He posted an open letter detailing his thoughts on the matter some two weeks on.

With that, he took the opportunity to share the risk management strategies employed by Galaxy Digital, saying:

“1. Keep a diversified portfolio,2. take profits along the way,3. have a risk management framework, and4. understand that all investments happen in a macro framework”

But most of all, he reiterated the importance of risking only what you are comfortable losing. Due to their high volatility, cryptocurrencies should only make up between 1% – 5% of total assets.

Despite the doom and gloom, using the adage that markets move in cycles, Novogratz clarified that Terra’s collapse is not the end of crypto. With that, he signed off, saying the industry would come out stronger.

“Together, we’ll weather this storm and come out stronger on the other side.”