Mainstream media comes to El Salvador interviewing locals about Bitcoin. How did they do? 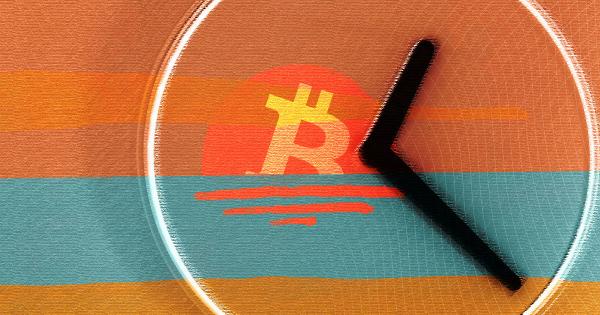 CBS News 60 Minutes recently ran a piece on El Zonte (aka Bitcoin Beach) in El Salvador. It featured interviews with local people, including U.S ex-pat Tim Peterson, a former financial advisor who moved there 18 years ago, well before Bitcoin existed.

Shortly after arriving in El Zonte, Peterson set up a charity to bring economic prosperity to the local area. In particular, in addressing the problem of locals moving elsewhere for better opportunities.

60 Minutes is the longest-running primetime show in television history. According to the Los Angeles Times, in March 2022, it was the highest-rated show for the third straight week.

““60 Minutes” was the highest-rated prime-time program for the third consecutive week following the conclusion of NBC’s coverage of the Winter Olympics, averaging 8 million viewers to lead a sweep of CBS programs in the top three.”

Receiving mainstream coverage of this caliber is a big deal. But did 60 Minutes give Bitcoin a fair crack?

El Zonte to be the next Singapore(?)

2019 bought significant change for Peterson and his organization following contact with an anonymous benefactor, who had one stipulation –  to build out a circular economy with Bitcoin at the center.

“The stipulation was you can’t just convert it into dollars, because they believed the usage of Bitcoin would be what would benefit the people…”

Recounting his initial reaction, Peterson said the concept was somewhat alien to him, in that, at first, he struggled to grasp the idea of an entirely digital currency that cannot be held. The issue was compounded by the fact that Salvadorians see cash as king.

Nonetheless, recognizing the possibility before him, Peterson and community leaders got behind the offer to build the Bitcoin Beach initiative. This started by creating jobs in the area and paying workers in BTC.

Bitcoin as the engine for prosperity

In selling the idea of Bitcoin, the initiative decided to focus on the younger generation, who, in general, are much more comfortable with technology.

The youngsters became advocates for Bitcoin, persuading their parents, who ran local businesses, to begin accepting BTC for payment of goods and services, setting off a chain of events that would Bitcoinize the area.

But, at the same time, 60 Minutes showed that not every business in El Zonte is on board. They mention the complexity of setup, volatility, energy usage, and lack of backing by an authority as barriers for some business owners.

Nonetheless, “Mama Rosa,” whose eatery was the first local business to accept BTC after being urged by her son, said she turned from skeptic to supporter, having racked up significant sales due to the change.

The segment presented a balanced account of Bitcoin. And considering the prevalence of negative portrayals in mainstream media, this should be chalked off as a win for cryptocurrency.