Web3 browsers are a gateway to the decentralized world

Jorgen Arnesen, the VP of Web 3 at Opera, talked to CryptoSlate about Web3 browsers, how they compare to their Web2 equivalent, and where Opera stands in this fast-growing market segment. 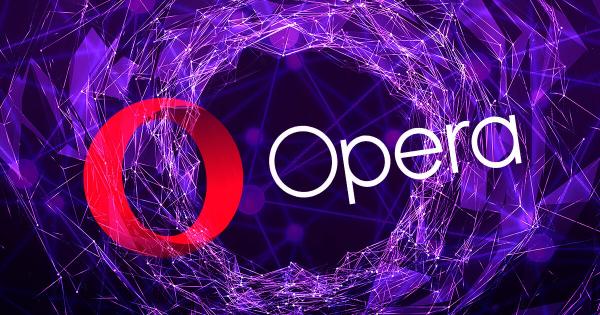 Almost unheard of until last year, the term “Web3” has quickly become the world’s favorite buzzword. Signifying the emergence of a new internet era, Web3 is now being used both by legacy tech companies and decentralized protocols alike.

But what is Web3, and why has it become so significant? To answer that question, CryptoSlate talked to Jorgen Arnesen, the VP of Web3 at Opera, a company that wants to become the industry’s go-to portal to the new internet.

Web3 is the latest evolution of the internet

In the early 1990s, the internet started off in a shape we now identify as Web 1.0. In the first stage of its evolution, there were just a few content creators, with the majority of internet users consuming the content. The beginning of the dot-com boom in the late 1990s marked the beginning of Web 2.0, where interactive social applications hosted user-generated content.

However, the speed and ease of use Web 2.0 provided to users came at a cost. In order for the internet to be as well-connected and easy to navigate as it is today, it needs to be hosted on centralized services, which bring a whole new set of problems to the table.

One of the biggest problems Web 2.0 caused is a loss of control over one’s privacy.

Web 3.0, or Web3 as it’s more commonly referred to, is a natural progression of the internet evolution, presenting itself as a solution for the problems caused by centralization. The primary objective of Web3 is to leverage blockchain technology and cryptography to provide users with decentralized and more secure alternatives to the Web 2.0 services they know and use.

However, interacting with the decentralized Web3 ecosystem is often a complex endeavor that could deter potential users. This is where Web3 browsers step in, acting as a gateway to the decentralized world by building on the legacy of their Web 2.0 equivalents. Arnesen states:

“Web 2.0 browsers are great at what they do, providing a gateway through which we can interact with individual websites and services.

But Web2 browsers can only do what the internet at large allows them to do. Because web2 is a collection of centralized, standalone websites, web2 browsers are limited to providing singular access to these in the manner in which they are designed.

Web3 browsers allow for more functionality by granting a window into a plethora of interconnected services that aren’t siloed by exclusive or centralized technologies,” said Jorgen Arnesen, the VP of Web3 at Opera.

Interacting with the decentralized world

In an interview with CryptoSlate, Arnesen said that the emergence of Web3 browsers has allowed users to interact with a wide range of decentralized applications and blockchains from the comfort of a single interface. This has significantly improved the user experience when interacting with Web3 platforms and services, despite the fact that they’re still in their infancy. Arnesen said:

“Right now, the decentralized web spans tens of thousands of applications, protocols, cryptocurrencies, blockchains, games, and websites. While the ultimate goal of Web3 is to bring the best of these under a cohesive, connected ecosystem, the current state of the decentralized web still requires that we interact with them in a largely individual manner.”

Arnesen believes that Web3 browsers will have a much more important role to play in the decentralized web than their Web 2.0 counterparts did. He explained:

“Web 2.0 browsers are great at what they do, providing a gateway through which we can interact with individual websites and services. But they can only do what the internet at large allows them to do. Because Web 2.0 is a collection of centralized, standalone websites, Web 2.0 browsers are limited to providing singular access to these in the manner in which they are designed.”

Web3 browsers, on the other hand, allow for more functionality. He said that Web3 browsers grant users a window into a plethora of interconnected services that aren’t siloed by exclusive or centralized technologies. As Web3 browsers can go beyond this infrastructure and offer greater interoperability from a single interface, they enable access to each and every corner of the decentralized web — becoming true gatekeepers of the internet’s iteration.

Browsers like Opera have positioned themselves at the frontlines of the battle for privacy. With the crypto financial system underlining the decentralized web, the need for privacy has never been greater.

And while decentralized technologies like blockchain are private as a standard, accessing them still requires going through established Web 2.0 channels like Google. Intermediaries like Google track and log user data, which is why Web3 browsers have taken steps to provide users with privacy-preserving infrastructure at their very base layers.

“Browsers like Opera block the tracking and data collection techniques that many websites and applications implement as standard.”

Arnesen said that Opera has made deliberate and concentrated efforts to advance the adoption of the decentralized web by providing the tools to interact with it.

This can be seen primarily in the Opera Crypto Browser, which allows users to access a range of blockchains and cryptocurrencies, as well as all of the applications and services associated with them. Arnesen explained that additional tools like an integrated crypto wallet and a free premium VPN have allowed Opera to lay the foundations for truly autonomous and permissionless access to the decentralized web.