CampBX failed to refund the thousands to users who had Bitcoin and money on the platform. 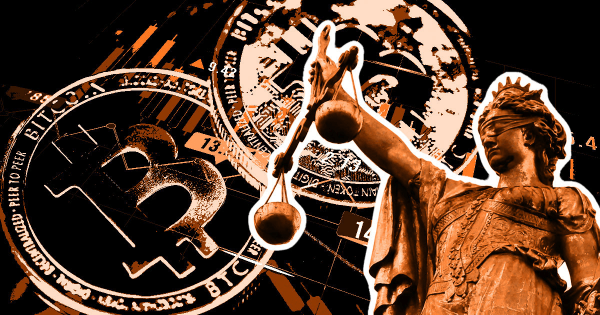 A federal jury in Georgia has ordered now-defunct crypto exchange CampBX to refund the Bitcoin (BTC) it took from customers. The order comes more than four years after the exchange stopped operating, according to a WSBTV report.

CampBX was the first crypto exchange in the U.S., with over 70,000 users trading Bitcoin on the exchange for several years. However, the Atlanta, GA-based platform stopped working in 2017, with users unable to access their accounts.

The Georgia Department of Banking and Finance ordered the platform to cease operations in 2018 since it did not have a license. CampBX heeded the order but failed to refund the thousands of users who had Bitcoin and money on the platform.

Customers started complaining online and sharing their experiences. One of them, Jay Daniel, decided to take the matter to court. Daniel, an IT security consultant and crypto trader, said he had over $250,000 worth of cash and Bitcoin in his CampBX account.

They completely kept our property, would not respond to reasonable inquiries, and literally we had to file the first bitcoin case in federal court to get our money back.

With the ruling in his favor, Daniel will at least be able to get his funds but the list of people who have yet to be reimbursed remains long. John Richard, the attorney for Daniel, said,

CampBX says it is has refunded most of its customers

Meanwhile, CampBX founder Keyur Mithwala said the exchange has refunded most of the customers. In an email sent to Channel 2 Action News, he said that 99% of customers have already received a refund.

As of today, we have approximately 190 remaining customers whom we are working to KYC-AML verify and close out over the next three months.

Richard did not agree with Mithwala’s statement and said he knows only one person who has been refunded by the CampBX. Richard added that he plans to represent others who have similar cases against the defunct company.

The decision marks the first time that the court will ask an entity to refund Bitcoin. It could set a precedent for other similar cases where customers lose access to their funds due to a fault of the exchange.