Self proclaimed inventor of Bitcoin, Craig Wright has won a challenge to pursue legal action against the bitcoin.org website on the grounds of copyright infringement relating to the Bitcoin whitepaper. 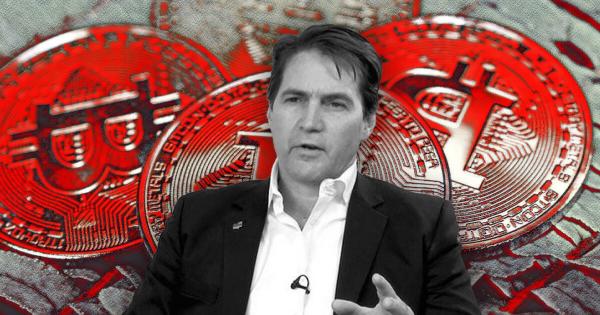 The UK High Court has allowed Craig Wright’s lawyers to pursue legal action against the bitcoin.org website for copyright infringement. Wright is infamous for claiming to Satoshi Nakamoto, the pseudonymous creator of Bitcoin, without ever providing proof of the claims.

Legal action was sparked when the owner of bitcoin.org, known only as “Cobra,” denied Wright’s demand to remove the whitepaper from his website. The case will force judges to take a view on whether Wright is the creator of Bitcoin.

You're wrong if you think you can bully me you creepy loser. If I have to give up my pseudonymity to defend Satoshi's whitepaper, arguably the most important paper of the 21st century, then so be it. https://t.co/YpqXlD8DlP

The incident started in January this year after Cobra refused Wright’s demand to remove the whitepaper from his website, with Cobra stating at the time Wright has no claim on the whitepaper and duly stuck to his guns.

Cobra said Wright’s claims of authoring the paper can be easily verified as false. Adding that the step is an abuse of the U.K. legal system.

“Seems like he’s trying to abuse the UK courts to make them try to censor the white paper and harass small websites like us providing education content with his behaviour.”

Wright’s lawyer, Simon Cohen, insists the purpose of the case is not to restrict access to the paper, silence, or intimidate people. Instead, it’s about protecting Wright’s intellectual property.

In the mix, Cohen also brought up the long-running dispute on Bitcoin in-fighting. Wright believes his creation, Bitcoin Satoshi Vision (S.V.), is the true Bitcoin.

“Similarly, Dr Wright does not wish to restrict access to his white paper but does not agree that it should be used by supporters and developers of alternative assets, such as bitcoin core, to promote or otherwise misrepresent those assets as being bitcoin, given that they do not support or align with the vision for bitcoin as he set out in his white paper.”

Bitcoin S.V. forked from Bitcoin Cash in 2018, which itself forked from Bitcoin in 2017. It claims more stability and scalability than its predecessors by having a bigger block size. This enables it to handle more transactions, making it suitable for blockchain enterprise solutions.

Who is Satoshi Nakamoto?

The identity of Satoshi Nakamoto is cryptocurrency’s most enduring mystery. Revelations on insiders spilling the beans, evidence of moving Satoshi’s Bitcoins, and talk of Satoshi being a woman, and so on have all, so far, proven unfounded.

Recently, the author of The Mastermind, Evan Ratliff, conducted an interview. In it, Ratliff discusses the case for Paul Le Roux, an international arms and drugs dealer, being Nakamoto.

Le Roux is in prison on charges of importing narcotics into the U.S. and in violation of the Food, Drug, and Cosmetic Act. His incarceration roughly coincided with when Nakamoto vanished from public contact.