Writer Sylvain Saurel states people are fearful of Bitcoin because of the freedom and responsibility it bestows. Be that as it may, a wider psychological issue is also in play. 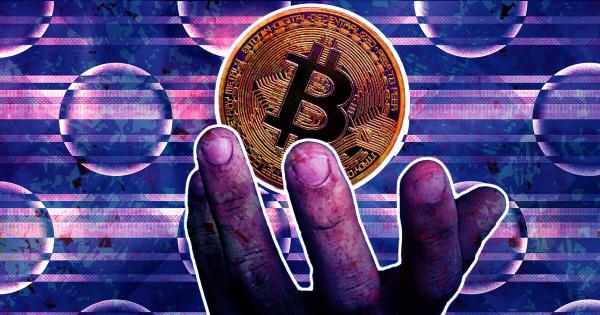 The founder of the In Bitcoin We Trust website, Sylvain Saurel, posted an intriguing article about people’s fear of the leading cryptocurrency.

Saurel makes cogent points around the theme of freedom. But at the same time, he overlooks perhaps the biggest deal-breaker – the unknown identity of Satoshi Nakamoto.

While some say this mystery is the key to people’s faith in Bitcoin, it’s too much to expect no-coiners to think the same. For that reason, many people will remain afraid of Bitcoin.

The responsibility is too much for some

Saurel posits that, instead of flaws in the protocol or anything inherently wrong with Bitcoin, it’s freedom that people fear. Backing up his view, Saurel quotes divisive psychologist Sigmund Freud:

While Freud, and his psychoanalysis theory, have been largely discredited for a variety of reasons, including the lack of empirical evidence of the existence of an unconscious mind, that’s not to say he’s wrong on psychoanalysis or other matters.

After all, a large body of his work still exists today in popular disclose. For example, Freud popularized the term ego, which many self-help gurus refer to as having to overcome to become more egalitarian.

All the same, Saurel states Bitcoin gives freedom, but this is not without responsibility, which is a stumbling block for many people.

Are people’s fear of Bitcoin justified?

Differences in opinion regarding Bitcoin’s legitimacy boil down to having greater confidence in one side or the other. That is, do people trust central banks and fiat more than they trust Bitcoin?

Those who fall into the former camp may raise issues with the idea that a mysterious person or group created Bitcoin only to disappear, leaving 1 million ($41 billion at today’s price) BTC untouched.

While the point has been debated to death, it remains true that whoever created Bitcoin doesn’t have the same motivations as you or I. This only adds to the mystery of the situation, further fueling doubts about cryptocurrency.

Therefore, expecting people to have faith in an anonymous-founded project is a big ask. What’s more, it’s strange that Bitcoin is celebrated for this, yet altcoin projects with anonymous founders tend to be labeled as sketchy.

The only logical conclusion regarding why people shy away from Bitcoin is to do with values and the priority of those values.

It stands to reason that Bitcoin advocates value freedom more than centralized control and are willing to take the risk with digital currency as a result. While this is an easy call for some, not everyone holds the same values and priority of values.

Just as vegans value animal welfare over the enjoyment of food, it is unreasonable of them to expect everyone else to think the same.