Tether explains why it ‘has nothing in common’ with Terra UST

With investors still reeling from the Terra UST fallout, Tether seeks to assure investors that it is different. 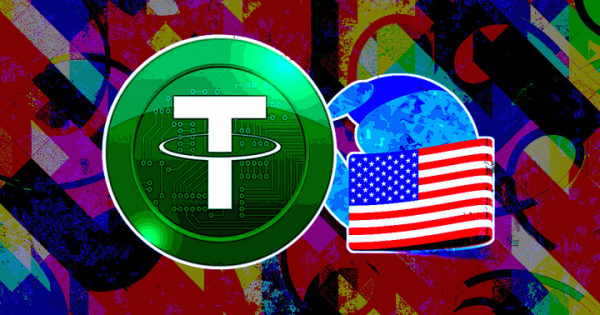 The implosion of Terra UST has damaged the reputation of stablecoins and the broader crypto industry. But in an attempt to distance itself from the fallout, Tether says it is different.

In a recent blog post, Tether points out that, being a collateralized stablecoin, “it has nothing in common” with UST, which relies on an algorithm to maintain its dollar peg. Collateralized refers to the token being backed by assets, in the case of USDT, dollars, and cash equivalents.

“While UST is referred to as a stablecoin, it has nothing in common with collateralized stablecoins like Tether USD₮. UST is an algorithmic stablecoin.”

Billions were lost in the Terra fiasco, the repercussions of which will be felt for years to come. However, can Tether reinstate market confidence?

Algorithmic stablecoins in the firing line

The blog post mentions that, throughout the years of turbulence experienced in cryptocurrency, Tether remains the ‘primary form of dollar-based liquidity.’

It adds that, as a collateral-based stablecoin, USDT holders can redeem their tokens 1:1 with dollars. And since its inception, the company has always been able to meet its redemption obligations.

“Since 2015, Tether has never failed to process a redemption request for USD₮ at a value of $1 per USD₮ token.”

While USDT exchange prices may vary occasionally, there is no threat of de-pegging as long as Tether can redeem tokens at face value.

The post further laid the boot into algorithmic stablecoins, saying they have a poor track record and multiple instances of failure. It also cited a University of Calgary study, which slammed them as inherently fragile and in a state of perpetual vulnerability.

May 12 saw Tether deviate significantly below its $1 peg price. On that day, the USDT price dropped as low as $0.9409, causing panic in the markets already reeling from the UST implosion.

Nonetheless, in a Twitter Spaces chat later that evening, Bitfinex CTO Paolo Ardoino addressed the issue by reiterating the technical differences between collateralized and algorithmic stablecoins.

Ardoino added that even during the panic selling, Tether was sufficiently liquid to meet redemptions at $1. Therefore, despite the exchange price differences, there was never a problem.

USDT reverted to its peg price soon after the public address.