Research firm: Bitcoin could see a sharp rebound past $10,000 if volume trend shifts

Bitcoin’s recent uptrend that led it from $8,800 to highs of $10,400 earlier this past week proved to be unsustainable, with buyers faltering once it navigated into the five-figure price region. 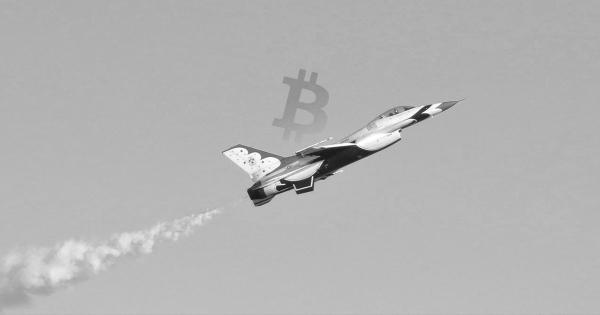 Photo by Alex Lindsey on Unsplash

Bitcoin’s recent uptrend that led it from $8,800 to highs of $10,400 earlier this past week proved to be unsustainable, with buyers faltering once it navigated into the five-figure price region.

The consolidation phase that it has since entered may not last for too much longer, as an analysis of the cryptocurrency’s volatility patterns suggests that BTC is poised to make a big movement in the days and weeks ahead.

One factor that could signal that this potentially imminent volatility will favor bulls is the fact that its daily volume is climbing.

Bitcoin has been stuck in a tight trading range within the mid-$9,000 region ever since it rebounded from weekly lows of under $9,000 that were set at the start of the week.

These lows were briefly tapped following BTC’s decline below the five-figure price region.

This decline came about very briefly, as buyers quickly absorbed the selling pressure and helped push it back towards where it is currently trading at.

At the time of writing, Bitcoin is trading down roughly one percent at its current price of $9,700. Throughout the past day, each attempt to push beyond this price region has been short-lived, signaling the resistance at $10,000 still remains insurmountable.

This price action has contributed to heightened volatility rates, which have shown some tempered signs of growth in the time since they bottomed out in mid-May.

Because the crypto’s volatility has still remained generally low as of late, it is probable that this will soon change as it coils up before making a big move.

Arcane Research spoke about this in a recently released report, adding that Bitcoin’s 7-day volatility remains well-above its 30-day average.

This volume trend could bolster the next BTC uptrend

One trend that could suggest this next bout of volatility will favor buyers is the fact that BTC’s daily volume appears to be shifting into an uptrend.

“The 7-day average real trading volume finally saw a small spike this week… After trending downward for several weeks, a momentum shift in trading volume could be important if the BTC price wants to finally break above the yearly highs.”

In order for growing volume to bolster BTC, it is imperative that it soon navigates past $10,000.

Bitcoin has seen some turbulence in recent times as buyers and sellers both attempt to gain control of the cryptocurrency’s mid-term trend. 2 min read

Despite Bitcoin being down roughly 50 percent from its all-time highs, the vast majority of the benchmark cryptocurrency’s investors are profitable, with its immense climb from its March lows of $3,800 bolstering their profitability. 2 min read