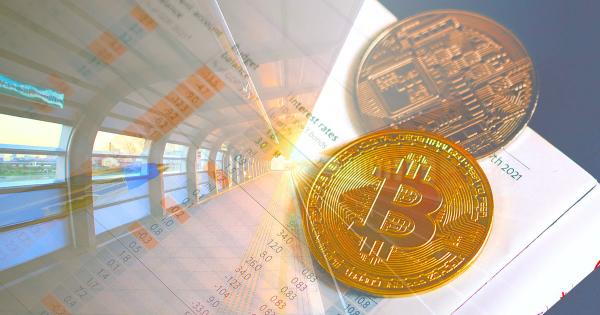 Photo by Charles Forerunner on Unsplash

For the first time this year, digital asset-based investment products saw an inflow of funds as investors looked to capitalize on low market prices of these assets that was caused by the crypto market crash.

According to data from CoinShares, investments in crypto for last week was over $14 million with the flagship digital asset, Bitcoin, dominating the space.

We earlier reported that investment products in the industry were on a five-week streak of outflow that was over $400 million. The new data now shows that the space has been able to break the jinx and has now witnessed its first inflow for the year.

A cursory look at how investors invested their funds will show that they are currently not investing in the second-largest crypto asset by market cap, Ethereum. Per the data, products based on the assets saw outflows totaling $16 million.

This means that outflows for Ethereum over the last seven weeks are now worth $245 million which is 2% of the value of the Asset under Management (AuM).

Interestingly, ETH rivals like Cardano and Solana enjoyed inflows of $1.5 million and $1.4 million, respectively, during the completed week. This is despite the fact that users of both blockchains had issues with network congestion during the week which led to losses for some of them.

Grayscale to consider investment products for NFT tokens like AXS, GALA, SAND others

In a nod towards the increasing popularity and acceptance of DeFi and NFT-related tokens, Grayscale Investments, the manager of the largest Bitcoin fund in the world, has revealed that it is considering 25 new digital assets for investments.

According to a blog post published by the investment company, it stated that it was contemplating investments in projects like Convex (CVX), and NFT/metaverse-related projects like The Sandbox (SAND), Enjin (ENJ), Axie Infinity (AXS), and Yield Guild Games (YGG) —this is an indication of the level of the continued interest in the space which has grown rapidly since the start of the year.

Per Grayscale, the digital assets under its “Assets Under Consideration” list have been noticed by its team “as possible candidates for inclusion in a future investment product.”

However, it should be noted that the company also said that “not every asset under consideration will be turned into one of our investment products.”