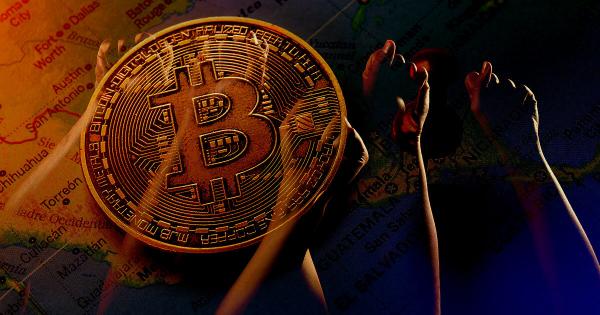 The recent volatility in Bitcoin and the broader crypto market has strengthened public opinion against the leading cryptocurrency, adding to the narrative that the country’s Bitcoin experiment has failed, Julio Sevilla, a professor at the University of Georgia, told NPR.

Recent volatility saw Bitcoin sink to  $17,600, below the previous cycle peak for the first time in its history, triggering further bearish sentiment. In conjunction with a deteriorating macroeconomic environment, namely rising inflation and the prospect of more rate rises, many predict worse is to come.

A Sunday relief rally took BTC back above the psychologically significant $20,000 level, but how long this holds is open for debate.

El Salvador’s Bitcoin exposure will not bankrupt the country

El Salvador made history in September 2021 by becoming the first country to make Bitcoin legal tender. President Bukele promoted the idea by declaring it a new era of economic opportunity for the Central American country, stating:

“It will bring financial inclusion, investment, tourism, innovation and economic development for our country.”

Fast forward to now, and BTC is down over 60% compared to when the Bitcoin Law passed. Critics argue that President Bukele, and the lawmakers who voted for the law, played fast and loose with public finances.

Commenting on this, Sevilla said $150 million of public funds were used to invest in the experiment. With this representing just 4% of the country’s reserves, the government would not be bankrupt in the unlikely event of BTC going to zero.

However, Sevilla added that the amount invested is still not a sum to be taken for granted, especially as the country’s finances were already in a precarious position, to begin with, stating:

Citing recent studies on the popularity of BTC among Salvadorians, Sevilla said although two-thirds of the population downloaded the Chivo Wallet, this mainly was to access the free $30 incentive. Now the dust has settled, just 20% of those who did sign up remain using the app. Sevilla added:

“So the idea of bitcoin doesn’t seem to be very popular among the majority of the people of El Salvador.”

Despite that, President Bukele remains a popular figure among the electorate. The problem with that, said Sevilla, is the lack of pushback, in effect creating an echo chamber, to “these eccentric initiatives.” He added:

“Interestingly, his popularity, at least until recently, continued to go up to a level of the 70s, 80%. So in Congress, basically, he can do anything he wants because, you know, his party has the qualified majority, and his legislators are very loyal to him.”

Regarding the consequences of Bitcoin adoption, the professor thought it valid to bring in the friction between El Salvador and the IMF. Sevilla said it was short-sighted to agitate the IMF as the country is heavily indebted to them.