One of the most decentralized networks in the world, Polkadot created a spark that ignited the blockchain revolution and the switch towards more community-oriented protocols. 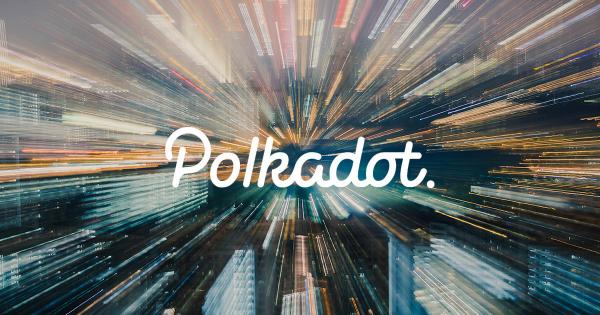 One of the most decentralized networks in the world, Polkadot created a spark that ignited the blockchain revolution and the switch towards more community-oriented protocols. We explore what’s behind the network that calls itself a “chain of chains” and wants to disrupt the way people innovate with blockchain technology.

Polkadot is an exercise of blockchain abstraction

First introduced back in 2016, Polkadot has been one of the most influential blockchain platforms in the market’s quest for decentralization. Created by Gavin Wood, one of the founders of Ethereum, it was envisioned as a solution that would give businesses and developers easier access to blockchain technology.

In an interview with Real Vision’s Sebastian Moonjava, Wood said that his main goal with Polkadot was to solve the problem of innovating fast. Building new, disruptive products requires putting in a lot of hard work and getting a relatively small reward back. Developers need to build everything from the basis of their blockchain platforms to their business logic from scratch, which can be a mammoth task that slows down innovation.

“What Polkadot does is it allows you to shortcut on an awful lot of that work,” he explained in the interview. “It also, very crucially, allows you to avoid having to build your own security base.”

Making Polkadot a proof-of-stake (PoS) algorithm was an obvious choice, given the enormous electricity consumption proof-of-work (PoW) blockchains such as Bitcoin have. However, that doesn’t mean that PoS systems come without their own set of disadvantages. Wood said that the rise of PoS has led to a huge liquidity problem—with dozens, potentially even hundreds of major PoS chains, the capital they acquire gets fragmented and divided. If all that capital was pooled together and used to secure all of the chains, their security would increase exponentially.

“That’s really one of the key problems that Polkadot solves—it allows the same capital base to secure many different domain-specific blockchains.”

The secret to Polkadot, according to Wood, is its aggressive abstraction.

Seeing the problems Ethereum faced with high gas fees, Polkadot was envisioned as the most abstract protocol in the world. The blockchain has no notion of gas, accounts, or account balances.

“The way that I designed Polkadot back at the beginning, was really to try and make it as general as possible.”

Unlike building applications on Ethereum, which requires each protocol to be associated with an account holding ETH, building on Polkadot allows protocols to essentially exist as independent entities, disconnected from Polkadot itself and its native currency, DOT.

The mechanics of Polkadot haven’t sacrificed simplicity for innovation.

As Wood explained, Polkadot is essentially a “chain of chains,” a network of many blockchains called parachains that connect in Polkadot’s main chain, called the relay chain.

Any application running on Polkadot is actually a parachain, with the network requiring developers to put down a lease for “uploading” their protocol to any of the free parachains. Once Polkadot reaches full functionality, it will have around 100 free slots for various parachains to occupy.

Developers that want to take up a slot need to put down a lease in the form of DOT tokens. According to Wood, the lease is just a way of determining the value of one project against another. The leased DOT tokens don’t need to be put up by a single entity—users holding DOT can decide to sponsor a project with a deposit of their tokens. This way, users don’t transfer their tokens to a project, they just put them behind its chain as a way to secure it.

These tokens, Wood explained, never leave the ownership of the crowd and just get placed behind a particular parachain.

However, the real value of parachains lies in their ability to communicate with each other.

While they are, essentially, independent blockchains, they have the ability to communicate with each other. This communication happens every six seconds when the parachains catch up with each other and ensure that the entire parachain system is running smoothly.

One way to ensure that all’s well in Polkadot is to communicate with validators, which are independent entities acting as controllers of the network. They are the ones that make sure that parachains are operating correctly and that no malicious activity is being conducted on any of them.

The magic of Polkadot’s security is hidden in the random assignment of groups of these validators to parachains. Namely, once Polkadot reaches full functionality, there will be around 1000 validators controlling the network. They will be split into 100 subgroups of 10 validators, each one having literal skin in the game by having their funds locked into Polkadot. Each subgroup then gets randomly assigned to one parachain and ensures it retains its integrity.

When asked what will prevent validator groups from colluding and wreaking havoc on a parachain, Wood had a simple answer.

“They get swapped every six seconds,” he explained. “Even if you compromise one of these groups, it’s very difficult to get a long run, it’s basically impossible to get a long run of blocks, of six-second blocks, in order to really make any attack feasible.”

An attempt at creating a forkless blockchain

Aside from its robust governance system, another thing that makes Polkadot a dangerous competitor to most PoS systems on the market is its ability to resist forks.

While the network wasn’t intended as a go-to platform for enterprises and governments that value security over innovation, the strong foundation it provides will most certainly make it attractive to applications looking to attract a less crypto- and risk-savvy population.

Alongside its many definitions, Polkadot is also a blockchain meta protocol.

What this means is that all of the things associated with Polkadot—parachains, governance, balances, DOT tokens, etc.—aren’t actually a part of the underlying protocol. All of that, Wood explained, is just business logic that sits on top of the protocol and is entirely programmatic.

“What this means is that it can be swapped out at any point in Polkadot’s future for some other business logic.”

The actual protocol, on the other hand, is very thin and very difficult to change. The underlying consensus is similar to the consensus behind Ethereum 2.0 and represents a fairly substantial move forward when compared to all of the existing consensus mechanisms.

What Parity, Wood’s blockchain company behind Polkadot did was plug WebAssembly into the blockchain consensus alongside a database.

Having such a simple and thin consensus algorithm provides excellent protection from forks.

As everything inherently Polkadot-related runs on top of the WebAssembly base, there is no need and, more importantly, no way to alter the underlying protocol. If any Polkadot mechanism needs to be changed, it can be done quickly, efficiently, and cheaply on top of Substrate, its base protocol.

Another, but equally as important thing protecting Polkadot from forks are its parachains.

“We can actually take the best things that are caused by hard forks, which is to say, policy or protocol experiments, and do them at the level of parachains,” Wood said.

All of these experiments can be done in parallel, one in each parachain. The ones that work can then be elevated into the Polkadot relay chain, while those that don’t work can either be left on the parachains or dropped altogether thanks to their programmability.

This is diametrically opposite to how Ethereum works.

Ethereum’s rigid definitions of each aspect of its protocol force all of its users to buy into its legal system. Everyone using the network, be it a single person or a huge DeFi project with billions in locked value, have to be beholden to the same underlying blockchain logic.

With Polkadot, users can define their own laws irrespective of what Polkadot has to say about it.

“Polkadot exists lower in the stack,” Wood explained. “Polkadot sits as a foundation layer that’s just there to provide security and interoperability to its constituent chains. Doesn’t do anything more than that.”

It’s a bet against maximalism, Wood said, adding another catchy definition to Polkadot.

“You can think of it as a layer zero blockchain,” he concluded.

For more information, explore the Polkadot ecosystem on CryptoSlate.

Proof-of-Stake (PoS) coins are having a blast this week