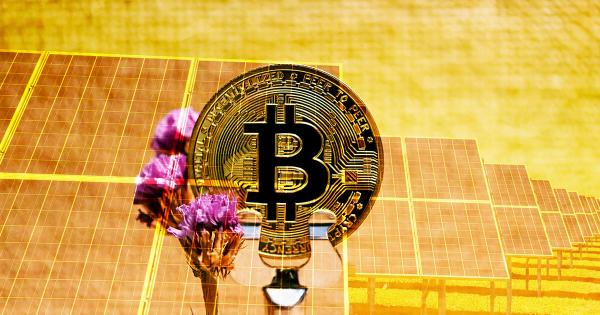 Bitcoin mining and its impact on the environment has been in the news recently, as Elon Musk tweeted his concern about the amount of its fossil fuel usage, and withdrawing his support of the cryptocurrency.

But is he correct about the current situation of mining energy consumption? Are all Bitcoin mining facilities destroying the planet at a rapid rate? Or is there more to the story, where Bitcoin mining might actually be accelerating clean energy adoption?

As someone who has scaled a mining facility from his dorm room to a multinational operation, here’s the real conversation around Bitcoin mining and its environmental impact — and it’s more positive than you are led to believe.

What is Bitcoin Mining?

In order to understand the concerns around its energy consumption, you have to understand Bitcoin mining. Even though they’re a digital currency, bitcoins themselves have to be mined in order to enter circulation — not with picks and shovels, but with computers. Miners from around the world compete to solve an algorithm, which allows them to add the next block to the blockchain. The miner that solves the algorithm first receives a transaction fee and bitcoins as their reward — which is how Bitcoin enters circulation.

There was a time when hobbyists had the computing power to mine from their laptops or desktops. But as competition grew, so did the need to have faster and more powerful equipment, and mining operations scaled from multiple rigs in basements to thousands of rigs in warehouses. An entire ecosystem of hardware, operations, supply chain, and architecture grew up around Bitcoin mining, and today, it’s a multi-billion dollar business.

In order to stay profitable and ahead of the competition in solving the blockchain algorithm, mining operations run thousands of rigs day and night at high computing power. One of the biggest challenges then is finding cheap, sustainable energy to keep the hardware running.

The State of Bitcoin Mining and Its Energy Sources

Bitcoin mining consumes a lot of electricity, estimated to be around 110 terawatt hours per year, equivalent to the electricity consumption of small countries (note that electricity consumption does not equal carbon emissions). Because the usage is so high, electricity expenses can quickly cut into profits if mining operations aren’t thoughtful about the cost of their energy. Mining companies want to keep expenses as low as possible, which means seeking out the cheapest sources of energy possible.

But unfortunately, not all miners are sustainably focused. While CCAF found that 76% of miners are using sustainable electricity sources, only 39% of total energy is coming from renewable sources, meaning that there’s still widespread usage of unsustainable, dirty sources. Additionally, a recent Wired article detailing the exodus of mining companies from China says that many miners are relocating to Kazakhstan, which “accounts for over 6 percent of the world’s mining, and is endowed with cheap coal-produced energy.”

The assumption is that the cheapest sources of electricity are dirtiest, like coal, and that’s what mining operations are using. But the cheapest sources of electricity are actually the cleanest and most sustainable, like wind, solar, and hydropower — all cheaper sources than gas and coal. They also continue to be cheaper alternatives, with a 2019 report finding that 56% of new utility-scale renewable energy, 90% of hydro, 75% of wind, and 40% solar are still cheaper than the cheapest fossil fuel option.

Many crypto miners are already using these sustainable sources. Both ARK Invest and the Cambridge Center for Alternative Finance estimate that 76% of miners use sustainable energy sources. In fact, China led the world in mining operations before the recent crackdown because hydropower in the Sichuan province is so cheap. Additionally, mining companies are looking at ways to reuse the excess energy from their data centers to power greenhouses and other local industries and even heat towns.

Miners who want to stay competitive and increase their margin by lowering their energy costs know they need to turn to clean, sustainable energy sources. Raising awareness around these cheaper, more sustainable options will not only make an impact on the environment today but set the industry up for sustainable growth into the future. This is why we need not just continued efforts to adopt more sustainable practices, but need more awareness and commitment to change in the industry.

Just in the past few months as well, over 150 organizations and individuals across industries that interact with crypto created the Crypto Climate Accord, which is dedicated to fully transitioning to renewable energy sources by 2025, and moving towards becoming a zero-emissions industry.

Why We Need Bitcoin Mining

Bitcoin mining is well-positioned to revolutionize the world, but in order to do that, it needs to be sustainable — and not just a few companies, but the industry as a whole. . Bitcoin not only offers a decentralized currency that is changing the way the world exchanges money and value. It’s also run on blockchain technology, which itself is offering new methods of transparency into supply chains, record keeping, digital transactions, and more. Mining companies themselves also have the data processing capabilities to serve other industries with computational innovation as well.

As we’ve now seen, Bitcoin mining can also accelerate the adoption of renewable energy sources, becoming not just a source of good for society, but one for the environment as well.

Co-Founder & Executive Chairman of Genesis Digital Assets — the most experienced Bitcoin Miner in the world. He is a tech investor and seasoned manager with a focus on Digital Assets and Artificial Intelligence industries. He has more than 15 years of management experience in public and private companies. Abdumalik combines his expertise and confidence in Bitcoin to build the most successful global crypto mining company.

How to build a profitable industrial-scale Bitcoin mining operation