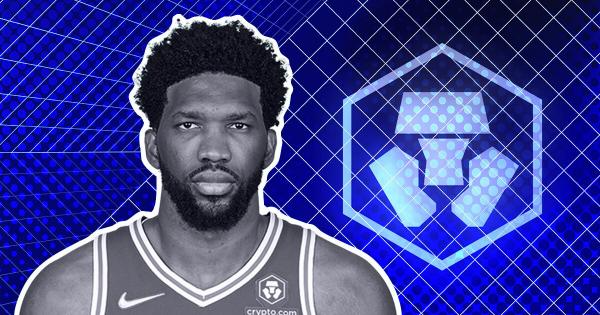 “…even when our path didn’t make sense to everyone else, we kept going until our path is the one they wish they had taken.”

Kris Marszalek, Co-Founder and CEO of Crypto.com expressed his excitement for the new partnership with Embiid by saying:

“Joel is the embodiment of Fortune Favors the Brave and what we stand for at Crypto.com – staying determined and dreaming big. His story is an inspiration for all, and like Joel, we recognize the positive impact of staying true to the course of your own life, no matter what adversity you may face.”

The “Fortune Favors the Brave” motto appeared in Crypto.com’s first global campaign in October 2021. With Matt Damon as the face, the campaign referred to historical events where the bold claimed their moment.

The second video of the campaign aired as a Super Bowl commercial in February 2022, showing Lebron James traveling back in time to have a conversation with his younger self and saying, “if you want to make history, go gotta call your own shots.”

In addition, the company was able to secure the naming rights of the Crypto.com Arena in Los Angeles. It became the official partner of the Formula 1 Miami Grand Prix and the FIFA World Cup Qatar 2022.

Joel Embiid and his career

Originally coming from Cameroon, Embid started playing basketball at 15. He moved to the U.S. at the age of 16 and got recruited by the University of Kansas Jayhawks basketball team.

Despite facing injuries and adversities during his collegiate and early NBA career, Embiid became a five-time NBA All-Star and is recognized as a top candidate for the 2022 Most Valuable Player award.

Embiid explained his alignment with Crypto.com’s motto by saying:

“I am incredibly excited to collaborate with Crypto.com and align with their team, which values determination in the same way that I do. Together, we understand the power of inspiration and forging your own path, and I am looking forward to delivering that message on a global scale.”

Crypto.com U-turns on cutting member rewards, but is it too late?