Major Fund: 99% of Blockchain Investors are Interested in Profits, Could Ruin Market

Joyce Kim, co-founder of $3.5 billion blockchain network Stellar and cryptocurrency hedge fund managing partner at SparkChain Capital, said in an interview with Chosun that 99% of blockchain sector of investors are interested in short-term profits rather than the technology. 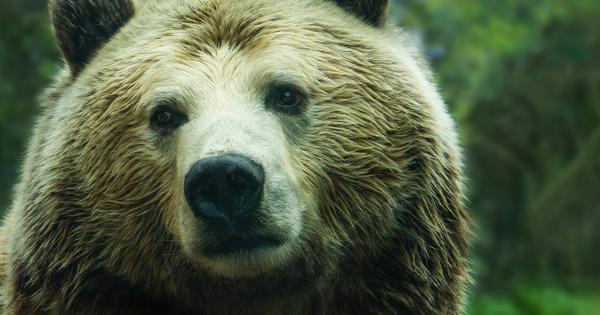 Photo by Jessica Weiller on Unsplash

Joyce Kim, co-founder of $3.5 billion blockchain network Stellar and cryptocurrency hedge fund managing partner at SparkChain Capital, said in an interview with Chosun that 99% of blockchain sector of investors are interested in short-term profits rather than the technology.

At a cryptocurrency conference covered by mainstream media and publications like Chosun and JoongAng, Kim discussed the recent hacking attack of major cryptocurrency exchanges in South Korea, the size and the vision of SparkChain Capital’s cryptocurrency fund, and the long-term future of the global cryptocurrency sector.

Focus on Profits Needs to Change

Value comes to great development teams that actively build products and base layers applicable to a variety of blockchain-based decentralized applications. Currently, however, the vast majority of the cryptocurrency market focus on generating short-term profits off of initial coin offering (ICO) projects and upcoming blockchain platforms.

Kim emphasized that the focus of investors on short-term profitability instead of technology must change. Five years ago, Kim explained that the cryptocurrency market had significantly more investors that were simply interested in the technology and the future of the blockchain sector. Now, most investors are aiming for three to six-month exits. Kim said:

“Just about five years, the blockchain industry had more people interested in the technology rather than profits. However, now, 99 percent of the investors that are involved in the blockchain sector are in it for the money. Capital is important, but this profit-first structure in the market could ruin the development of the blockchain.”

If more capital is injected to the cryptocurrency market before products can be built and decentralized platforms can be commercialized, developers and projects will be pressured to showcase solutions and technologies that are merely not ready to be implemented. Consequently, errors could emerge and the market could implode, as projects fail to meet the high expectations of developers.

Even Vitalik Buterin, the creator of Ethereum, previously said in mid-2017 that Ethereum developers were pressured by the increase in the valuation of Ethereum and the exponential growth of the cryptocurrency market. Buterin noted:

“I think the success that Ethereum has seen is definitely putting a lot of pressure on the core developers of the actual protocol of the platform to step up and deliver on the admittedly high expectations that the community has of us. That’s an expectation that we’re eager to see if we can match.”

The blockchain sector is in need of investors and partner companies that understand the complexity and difficulty in developing decentralized applications, and who are not pushing for short-term results and returns.

For instance, VeChain, a China-based Internet of Things blockchain platform, partnered with multi-billion dollar logistics giant DB Schenker with an agreement that the logistics conglomerate would develop decentralized applications in cooperation with VeChain.

In the mid to long-term, Kim stated that the company will focus on funding blockchain startups and projects that are working on applications that can support supply chains, database, and platforms in the agriculture industry. Kim said:

“For instance, there exists a coffee bean extracting startup in Congo and it recently eliminated intermediaries through the usage of the blockchain. It allowed farmers that produce coffee beans to receive a larger share of the revenue. One family in Congo can afford to send their daughter to school if their revenue increases by 10 percent, which is possible by integrating blockchain. Everyone wants to earn more money but using the blockchain to increase the profit margins of startups is more effective and impactful.”

The focus of every blockchain fund varies depending on its vision. Hacked, the biggest cryptocurrency fund in South Korea has consistently funded high-performance blockchain networks rather than blockchain startups working in more conventional areas like supply chain. The diverse vision of major funds in the cryptocurrency market will allow a wide range of startups to gain sufficient capital and partners to commercialize the blockchain with success.