What's the ultimate end goal of the metaverse? Adam Curry shares his thoughts, and it's somewhat terrifying. 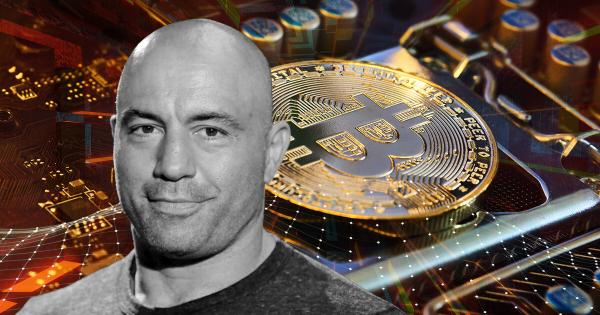 The pair covered various topics, including Bitcoin’s role in fixing the broken money system and why global authorities punished Facebook over its attempt to launch a cryptocurrency in Libra (now Diem).

Related to that, and perhaps most interesting of all was Curry’s take on diverging metaverses, with Silicon Valley on one side and the decentralized crowd on the other.

Can Bitcoin save us?

Bitcoiners often sell the idea of “opting out” and reclaiming personal sovereignty through Bitcoin. Curry is no different.

Giving his view, Curry believes his money is safer held as $BTC. Adding that, we’ll see this “protective” quality play out in the future.

“I’m just on the Bitcoin train because I believe that my money is safer there, I’m not talking about versus the U.S dollar, just in general. And I think we will see that in our future as very protective for everything.”

Curry was referring to was the broken money system. And with the Labor Department releasing data showing consumer prices had climbed to 7% on Wednesday, the warning signs are there.

In response, Rogan said he has a lot of hope for cryptocurrencies, citing Bitcoin and Ethereum as his picks based on “what people in the know” talk about most.

But when it comes to whether the top two tokens will act as a hedge when the time comes, Rogan is still on the fence.

Broaching the topic of the metaverse, Curry spoke of polarization of the concept, whereby two distinct versions form, one a centralized version controlled by Silicon Valley, the other a decentralized variant.

With the centralized version comes a central bank digital currency, which Curry says must prevail over all others, which, Curry speculates, is the reason why authorities shut down Facebook’s Libra.

Having been branded a threat to monetary control, Libra returned to the drawing board and scaled down their plans. The project rebranded as Diem to offer a single stablecoin pegged to the dollar. Initially, execs wanted to operate a basket of stablecoins tied to multiple major currencies.

As for the future, Curry foresees people living in the Metaverse, including working a job in the virtual world. The end result is a fusion of man and machine.

“Elon’s already jacking into your brain, of course this is going to happen, this is transhumanism, this is truly what one of the big agendas is, to integrate people with technology.”