IOHK, the company behind the Cardano blockchain, has officially rolled out Marlowe Playground, an application-building platform that allows non-programmers to build financial smart contracts on Cardano. 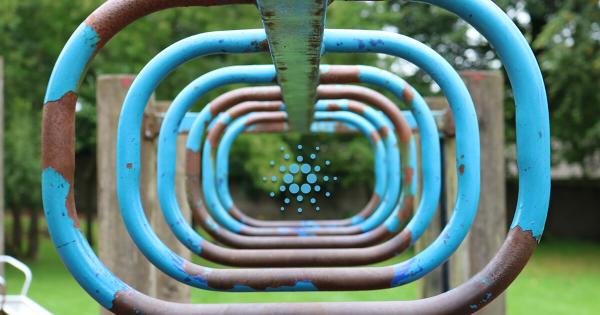 Photo by Reuben Wingfield on Unsplash

IOHK, the company behind the Cardano blockchain, has officially rolled out Marlowe Playground, an application-building platform that allows non-programmers to build financial smart contracts on Cardano. Alongside the news about the new platform, the company also announced the winners of its Wyoming hackathon, listing three projects that presented the best use cases for Cardano that could accelerate the United Nations’ sustainability goals.

IOHK, the company behind the Cardano blockchain, has made a major stride towards bringing smart contract functionality to the platform. In a press release shared with CryptoSlate, the company announced the launch of Marlowe Playground, an easy-to-use application building platform for Cardano.

The company said that the rollout of Marlowe Playground’s Alpha version is the key part of the ongoing delivery of smart contract functionality on Cardano, with the entire process set to take place within the next few months.

Aparna Jue, the product director at IOHK, said that the company hopes to empower a new generation of developers to create game-changing financial applications by lowering the barrier for entry to Cardano.

Parallel to the launch of Marlowe Playground, IOHK also announced the winners of its $10,000 hackathon. The Wyoming Blockchain Stampede’s social impact challenge was designed to explore potential use cases for Cardano that could accelerate the United Nations Development Goals (SDGs), which include providing financial inclusion for the world’s 1.7 billion unbanked people.

The first prize went to Liqwid Finance, whose project focuses primarily on peer-to-peer lending, cutting out the “middleman” and opening up financial services such as credit, loans, and savings to everyone. Liqwid’s solution includes creating lending markets or pools using Cardano’s smart contract functionality, the company told CryptoSlate.

A sustainable solution to industrial and hazardous waste took the second prize on the hackathon. Wavachain proposed a digital marketplace based on Cardano that would prevent waste by matching companies that create it with possible users or recyclers. Yannick Gendre from Wavachain said that the project wanted to make it profitable for companies to manage their waste in a sustainable way.

FundTrack, the third prize winner, proposed an innovative shift in the infrastructure underpinning sustainable projects. According to Leonard Delunas, a member of the FundTrack team, the project was designed to combat the inability of organizations to properly track effort and cost during various projects, as poor coordination can ultimately affect everything from governance to financial allocation decisions.

Charles Hoskinson, the CEO of IOHK, said that the company was “floored” by both the number and the quality of the projects proposed during the hackathon.

“Supporting grassroots innovation like this  is part of the reason we founded IOHK, and we’re thrilled to be able to support these ideas on their journey to real-world adoption.”

Speaking at the third BlockDown conference, Charles Hoskinson, the CEO of IOHK, looked back at the way his company approached designing Cardano. 5 min read

“Ouroboros: A Provably Secure Proof-of-Stake Blockchain Protocol” has made it to the topmost cited security papers list. 2 min read

IOHK, the company behind the Cardano project, has donated $500,000 to the University of Wyoming. 2 min read