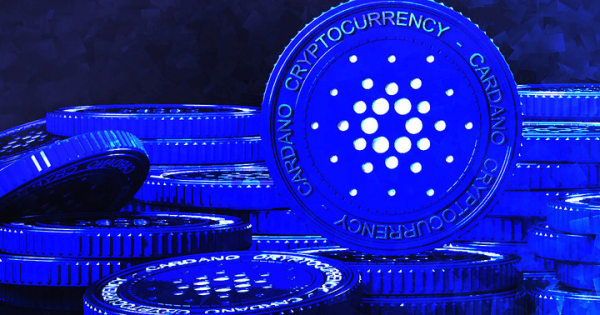 Zurich-based Sygnum Bank announced it had expanded its product offerings to include Cardano (ADA) staking. The firm said its clients can now securely stake ADA via its “institutional-grade banking platform to generate staking rewards.”

However, the move has split the Cardano community, with skeptics voicing concerns about institutional adoption being a slippery slope.

Institutional adoption is often associated with Bitcoin because it is considered the most decentralized and secure blockchain. Nonetheless, Sygnum’s move has demonstrated that institutional demand for altcoins also exists.

In addition to ADA, the firm also offers staking services for many other altcoins via its regulated banking platform.

Commenting on the news, the CEO of the Cardano Foundation, Frederik Gregaard, welcomed Sygnum Bank to the ecosystem, adding that retail and institutional investors can benefit from staking ADA without transferring or locking up assets.


Meanwhile, Sygnum Bank’s Head of Business Units, Thomas Eichenberger, said institutional adoption of cryptocurrency continues to rise, as does the demand for yield generation. And with the addition of Cardano staking, its product lineup continues to grow.


“Sygnum’s bank-grade staking offering, now including Cardano, offers our clients a broad selection of investment opportunities backed by the security and peace of mind of a regulated bank.”

The Cardano community is split

Blockchain writer @Soorajksaju2 tweeted that he’s divided on whether Sygnum Bank’s addition to the Cardano ecosystem is a positive development. On the one hand, it shows institutional interest in ADA. But then again, this may turn out to be “a slippery slope.”

I am not so sure, if i should be worried or excited!!

This defenitly shows the institutional adoption of digital assets including #Cardano

But institutional staking could be a slippery slope

And compromise #Decentralization down the line!👇 https://t.co/zWvpur8j75

The tweet sparked discussion among community members who shared similar sentiments to the OP.

A recent article from the Financial Times expounded on the issue by saying institutions are now the dominant players in cryptocurrency, accounting for the most significant trading volumes. This was not the case four years ago when retail investors were the market movers.

Commenting on this, investment managers Morgan Stanley said institutional participation is a factor in the high correlation between Bitcoin and equities. And a likely reason why cryptocurrencies do not fulfill the role of alternative investment or inflation hedge.

Digital assets could be considered mainstream as a result of institutional participation.