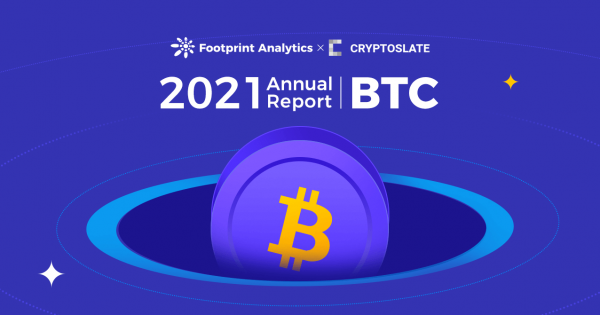 Record highs and long-awaited institutional acceptance made 2021 the most important year for BTC since its inception.

As the largest cryptocurrency by market cap, BTC’s volatility impacted the entire market.

In the first half of 2021, the trading volume of BTC was about $60 billion. In the second 6 months of the year, volume dropped to between about $20-40 billion. This caused a major impact on policy events.

Looking back at 2021, we will analyze the major events that BTC experienced in each of the four quarters.

On Feb. 8, Tesla began accepting Bitcoin as a form of payment for its products for a short time, and also bought $1.5 billion in Bitcoin.

This pushed BTC to a new high of $56,000 and made institutional investors and VCs around the world notice.

According to Bitcoin Treasuries data, Tesla currently holds 42,902 BTC, ranking 2nd among listed companies with BTC, valued at $1.84 billion, or 0.204% of the total BTC supply of 21 million.

On June 9, the Chinese government banned mining, which led to BTC falling from $59,000 to $34,000. In addition, on May 13, Tesla reversed its decision to accept payments in BTC due to concerns about the digital currency’s environmental impact.

On Sept. 7, El Salvador became the first country to declare BTC legal tender, meaning residents could download the government’s digital wallet for free and pay no capital gains tax on Bitcoin. People will be able to conduct business transactions, pay taxes, and receive salaries with Bitcoin.

Furthermore, people who invest 3 BTC through the country’s wallet will be able to gain Salvadoran residency. The move is one of the major milestones in BTC’s history.

According to Bitcoin Treasuries data, the countries and governments that currently own BTC include Bulgaria, Finland and Ukraine.

Q4: First US Bitcoin ETF for Bitcoin is Launched

In October, the first Bitcoin futures ETF was approved in the US, followed by the listing of the Valkyrie Bitcoin ETF. It wasn’t until November that Van Eck launched its own bitcoin ETF as well.

In addition, the fourth quarter also saw computing power for mining shift to the US, Russia, Canada and other countries after the China ban, ushering in new all-time highs.

While BTC has been traded among smaller retail investors and crypto believers for the past 10 years, 2021 saw whole countries and established institutional players jump in.

The price of BTC went through multiple dumps as well, but finally closed stable above $40,000 at the end of the year.

Going into 2022, bitcoin seems at a point where the policies of one country or the opinion of one person can no longer shake its price trajectory.

From 11 to 25 January 2022, click this hyperlink on CryptoSlate to get a free 7-day trial of Footprint Analytics. New users only!

This article is part of our Year in Review series.