A study by Chainalysis has revealed that crypto-related crimes hit their all time high. As a response, the FBI created the "Crypto Task Force" to combat illicit activities within the crypto space. 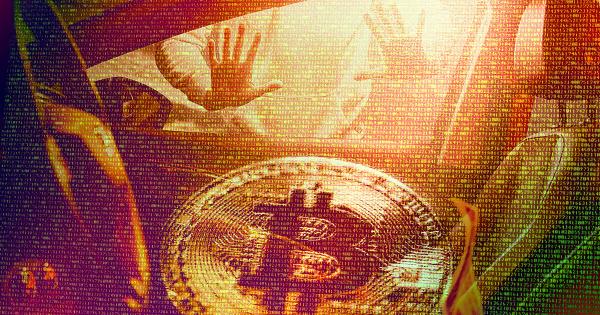 The FBI has been very active on crypto-related crimes throughout 2021. They have announced safety tips for crypto enthusiasts, noticed the increasing fraud in crypto ATMs, and took action to increase safety. They also seized a hefty amount of crypto assets from malicious users on numerous occasions.

However, the overall growth in the crypto market also recorded its all-time high. In 2021, crypto transaction volume increased by 550% and reached $15.8 trillion.

Considering the overall market growth, illicit activities within the crypto space decreased impressively and reached an all-time low of 0.15%.

Despite the low percentage, the value size of crypto fraud motivated the U.S. Department of Justice to interfere. In October 2021, National Cryptocurrency Enforcement Team (NCET) was launched. The spokesperson described NCET’s primary purpose:

VAXU is officially positioned under the NCET, but it has a primary affiliation with the FBI as it unites various FBI members who obtain expertise in the area. U.S. Deputy Attorney General Lisa Monaco briefly explained the main role of VAXU by stating:

“Ransomware and digital extortion, like many other crimes fueled by cryptocurrency, only work if the bad guys get paid, which means we have to bust their business model.”

She continued by saying:

“The currency might be virtual, but the message to companies is concrete: if you report to us, we can follow the money and not only help you but hopefully prevent the next victim.”

Upon the official launch of VAXU, The Department of Justice appointed Eun Young C, an ex-senior counsel to the Deputy Attorney General, as the new chair of NCET. Assistant Attorney General Kenneth A. Polite Jr. stated during the announcement:

As her statements and VAXU’s affiliation with the FBI gives the notion that VAXU is a task force, rather than a research department, the appointment of an ex-advisor as the new head of NCET gives the impression that the U.S. is preparing for well-conducted physical interferences to the malicious attempts towards the crypto space.