Bitcoin is credited with boosting vistors to El Salvador and generating more money than the current unrealized loss on BTC holdings. 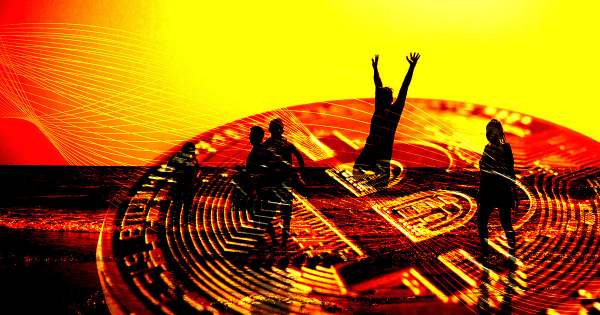 In a recent tweet, El Salvador’s Ambassador to the U.S., Milena Mayorga, said the country is undergoing a turnaround in social fortunes. He later attributed this to improved “security measures” and Bitcoin.

“We are ridding ourselves from the plague that has submerged us in poverty for decades.“

Bitcoin is more than financial

The Central American nation made history on September 7, 2021, by becoming the first sovereign nation to make Bitcoin legal tender.

Despite a barrage of criticism — including from the IMF and the World Bank — President Bukele has held the line and continued to support the “Bitcoin experiment.”

Since the legal tender act passed into law, BTC has lost around 60% of its value. And with an average buy price of $45,000, El Salvador is down approximately $56.4 million, giving critics further fuel to criticize the move, especially as funding came from public coffers.

Responding to this, El Salvador’s Finance Minister, Alejandro Zelaya, said the plan is on track, but people should not expect results overnight. He believes the skeptics to flip once the technology becomes accepted.

Off the back of the Bitcoin experiment, tourists have been flocking to El Salvador. According to the Ministry of Tourism, the number of visitors in the first half of 2022 came in at 1.1 million — only a little short of the 1.2 million that visited during the whole of 2021.

Mayorga’s recent tweet was accompanied by a United Nations World Tourism Organization chart showing the best-performing tourist destinations for earnings in the first five months of 2022.

The Ambassador to the U.S. said this data is evidence that El Salvador has turned the corner regarding social decline. All the while “also achieving economic freedom.”

According to Mayorga, significant factors in the reversal were better security measures, Bitcoin, and the Surf City project, which promotes El Salvador’s numerous surfing hotspots in El Zonte, El Tunco, and Las Floras, among many others.

Our security measures, along with #bitcoin and the @surfcity project have allowed national and international tourism to grow continuously.

According to Bitcoin Magazine, the country is on track to earn $99 million more from tourism this year compared to 2019 — which is almost twice the current unrealized BTC loss.