The rise of retail trading options plus the proliferation of digital assets has led to concerns about crypto addiction. 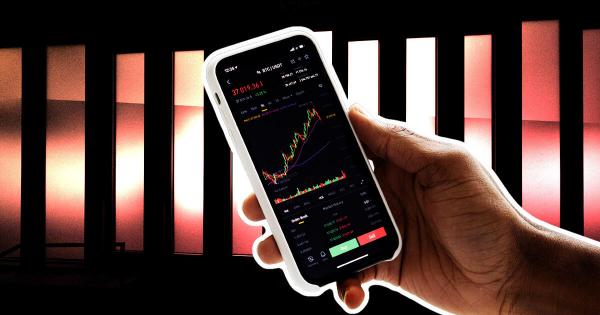 Treatment Centers worldwide are now considering crypto trading as an addiction, with some offering to treat the “ailment” for as high as $90,000, Bloomberg reported.

The report revealed that many people now consider cryptocurrency trading addictive and are seeking help for it, with some going as far as comparing their addiction to gambling.

According to an online therapist, Dylan Kerr,

“It’s very similar to being at a roulette table…it demands your attention. If you take your eyes off the prize, you could miss out on massive opportunities and incur massive penalties.”

One of such self-professed addicts, Stevie Rojas, claimed that his trading experience began with Bitcoin, but in no time, he began trading riskier altcoins mostly because of the thrills that come with such trades.

He continued that this affected his personal life significantly, but he was finally able to quit after going to a confessional in Manila and praying about it.

Despite cases of people like Rojas, the idea of crypto trading being addictive is controversial. This might be because the space is still relatively new and beyond that, behavioral addictions such as gambling are only just becoming accepted as a form of addiction.

However, there have been some valid concerns among experts and regulators about crypto trading. The rise in retail trading, and the proliferation of digital tokens, have also aided this.

For instance, the popular retail trading platform Robinhood was once accused of gamifying investing to the detriment of consumers.

Regardless of the disagreements on whether crypto trading qualifies as an addiction, mental health professionals are reporting an uptick in the number of people coming to them for treatment for crypto trading.

One of such places is Paracelsus Recovery private clinic in Switzerland which charges $90,000 to treat crypto trading and other unorthodox addictions. According to Jan Gerber, who’s in charge of the clinic, inquiries about crypto-related issues have increased by 300% between 2018 and 2021.

Another treatment center is Craig Castle in Scotland. It has treated more than 100 people for crypto problems since 2016. The senior specialist therapist there, Anthony Marini, explained a “crypto curve” that starts from “highly fulfilling” trading to dependency.