China’s Nervos launches own token standard to compete with Ethereum

Nervos, one of China’s biggest blockchain and crypto projects, announced the launch of its own token standard, the sUDT, today as per a release shared with CryptoSlate. 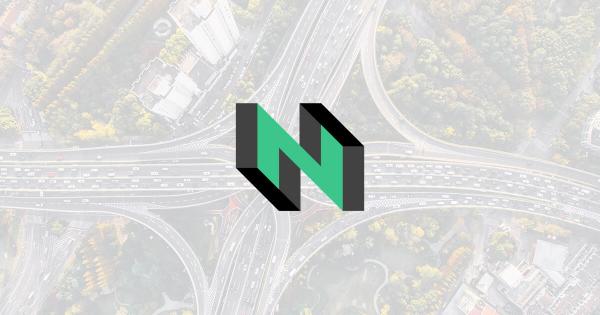 Nervos, one of China’s biggest blockchain and crypto projects, announced the launch of its own token standard, the sUDT, today as per a release shared with CryptoSlate.

Since its launch last year, Nervos has made significant improvements to its infrastructure to support a wide range of DeFi applications, from payments and lending solutions to decentralized exchanges (DEXs). It’s now taking its next step.

The new token standard aims to compete with Ethereum’s ERC-20 standard, with one of the key differences being that Nervos’ standard eliminates smart contract risk by making the assets tamper-proof.

The sUDT, short for Simple User-Defined Token, will allow developers to create and issue their own tokens on the Nervos network to benefit from a faster, more scalable, network and lower fees.

To commemorate Lina’s anniversary, we launched SUDTs—the new token standard on Nervos that enables any developer or #dApp building on Nervos to launch tokenized assets on CKB.

Similar to Ethereum’s ERC-20, the sUDT is a technical standard behind smart contracts that guides the distribution of tokens on the blockchain. It enables users to create an unlimited number of tokens with any sUDT-enabled Nervos wallet.

However, unlike ERC-20, there is no need to re-deploy a smart contract on the chain for each new token. sUDT defines the implementation of the token standard, not just the interface. New programming libraries and tools currently available will also allow developers to easily integrate sUDT tokens into decentralized applications (dApps).

The sUDT standard is a critical addition to Nervos’ infrastructure, taking Nervos from a single asset platform to a multi-asset platform. By enabling anyone to deploy tokenized assets secured by Nervos’ Proof of Work-based layer 1 blockchain, sUDT establishes Nervos’ design as a multi-asset store of value blockchain and greatly expands its utility for DeFi applications.

Built with DeFi in mind

Kevin Wang, the co-founder at Nervos, said in a statement that the launch of the sUDT standard was a “significant milestone in the progression of DeFi on Nervos.”

“This achievement represents the culmination of months of diligent effort to reimagine what is possible and push the capabilities of DeFi to the next level.”

The Nervos’ team claims its unique implementation and capabilities are essential for building DeFi apps and introduce new advantages over other token standards. This includes features like all Nervos-issued tokens to not be modified or seized without the user’s consent, not even by the token creator.

Meanwhile, Wang noted that the exponential growth of the DeFi sector brought with it the need to improve legacy blockchain networks, which the Nervos developers took care of. “With sUDT, developers can now issue all kinds of tokenized assets on Nervos, scale transactions on our layer 2, and stay secured by our layer 1,” he explained.

The rollout is one of the many Ethereum competitors to have launched this year, with others including Solana, Serum, and Flamingo. But so far, Ethereum remains the preferred network among users and developers alike.

The Nervos Network describes itself as an open-source public blockchain ecosystem and collection of protocols. Learn more