Bitcoin’s halving that took place in May struck a serious blow to miner’s profitability, causing many smaller operations to shut off their rigs due to the 50% block rewards reduction that came about as a result of this event. 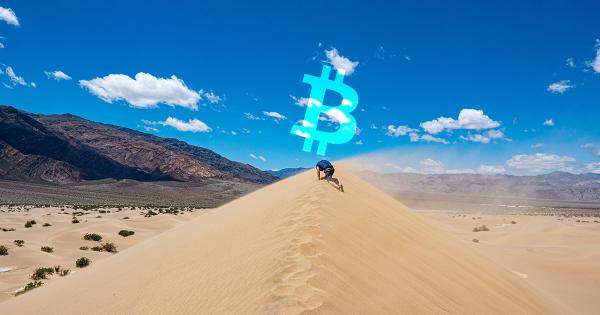 Photo by Joshua Gresham on Unsplash

Bitcoin’s halving that took place in May struck a serious blow to miner’s profitability, causing many smaller operations to shut off their rigs due to the 50% block rewards reduction that came about as a result of this event.

Naturally, BTC’s hash rate began sliding directly after the event took place – which was an anticipated byproduct of the halving.

Some analysts had feared that the cryptocurrency’s miners could find themselves caught within a so-called “death spiral” due to mass capitulation, but a rapid rise in transaction fees helped slow the hash rate’s decline.

The terahashes per second (TH/s) processed by the Bitcoin network subsequently began to rebound, with this being perpetuated by two massive negative difficulty adjustments, allowing its hash rate to quickly approach its pre-halving highs.

That being said, an imminent positive difficulty adjustment is expected to spark another potential hash rate slide – striking a blow to embattled miners.

Currently, Bitcoin’s hash rate is sitting at roughly 116m TH/s. This marks a massive climb from the recent dip that caused it to decline to 90.4m TH/s in late-May as a result of the post-halving slide.

The rebound from these lows was perpetuated by negative difficulty adjustments seen earlier this month.

CryptoSlate reported at the time that the adjustment seen on June 5th was the seventh-largest negative one seen in Bitcoin’s history.

Data analyst Phillip Swift had spoken about this at the time, explaining that it is “significant” and should provide a major boost to miners.

“This is significant. Should provide a welcome boost to miners that made it through the halving.”

In just two days, Bitcoin will undergo yet another mining difficulty adjustment, and data suggests that it could be the largest seen by the crypto in over two years.

According to a recent post from Coin Metrics, it is estimated that this adjustment will make it 15 percent harder to mine BTC. They also note that this will be the first increase in difficulty seen since the halving took place in May.

“At Bitcoin’s current hash rate, the next difficulty adjustment, in ~2 days, could be the largest since January 2018, with an estimated increase of ~15%… This is also the first difficulty increase since the Bitcoin halving…”

This is bound to have a negative impact on Bitcoin’s hash rate, which will likely decline in the weeks ahead.