BlockFi fined $943,000 for not registering securities in Iowa; to pay $100M in settlement

A multi-state investigation in the U.S. found that BlockFi has sold unregistered securities and misrepresented facts about its loan risks. 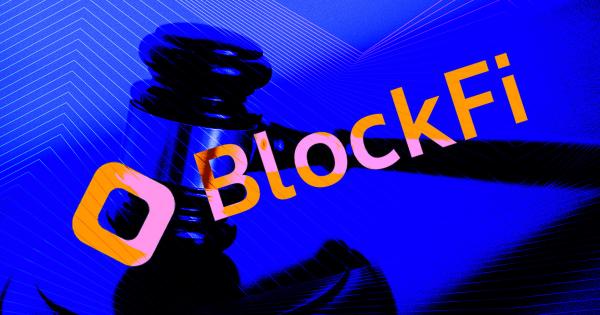 Cryptocurrency trading and lending platform BlockFi has been fined $943,000 by the Iowa Insurance Division for failing to register securities in the state and offering and selling securities in Iowa without being registered as a broker-dealer or agent, according to a June 14 press release.

The order was released after the conclusion of a multi-state investigation conducted by the U.S. Securities and Exchange Commission (SEC) and securities regulators from 53 jurisdictions, that were part of the North American Securities Administrators Association (NASAA).

According to the press release, BlockFi will also pay settlements of $50 million to the SEC and another $50 million to the 53 investigating jurisdictions. The company has also been ordered to cease and desist from making false claims regarding securities.

“While innovations, like cryptocurrencies, may provide for growth and evolution in the financial system, it is important that regulators ensure this occurs within an appropriate framework that protects investors while still facilitating responsible capital formation.”

The investigation found that BlockFi offered and sold unregistered securities and misrepresented the risk level in its loan portfolio. In various website posts, BlockFi claimed that its institutional loans were “typically” over-collateralized, which was found to be false, the press release stated.

Only 24% of BlockFi’s institutional crypto loans in 2019, 16% of the loans in 2020, and 17% of the loans in the first half of 2021 were over-collateralized, according to the investigation. Therefore, BlockFi’s claim of over-collateralized loans “suggested to investors that they had secured more protection from default than BlockFi had actually secured,” the press release stated.

“Whatever investors’ knowledge or interest in cryptocurrency, investors need accurate information to base their decisions on.

“Iowans are encountering new innovations in the investment area with the advent and greater adoption of cryptocurrencies, however, speculative investments such as these should be handled just as such – as speculative.  Iowans should make sure they are only investing what they may be willing to lose.”

BlockFi did not respond to requests for comment at the time of publishing.