Bitcoin is starting 2018 in familiar fashion: with big gains. 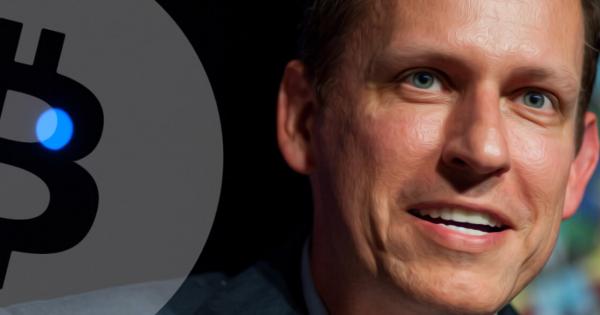 Bitcoin is starting 2018 in familiar fashion: with big gains.

This time, the gains seem to be inspired by the news, first reported by The Wall Street Journal, that early Facebook investor, Peter Thiel, invested millions of dollars in the digital currency.

Thiel is the co-founder of Founders Fund, a venture capital firm that makes investments in tech startups. It’s most famous for its early stake in Facebook. Today we learned that Founders Fund purchased “$15 million to $20 million,” Bitcoin,  according to the Journal’s report.

Although Bitcoin and other cryptocurrencies are prone to dips in value, December’s short lag began with a market downturn just before Christmas and, spurred on by fears of South Korean government regulation, continued through the New Year’s holiday.

Today’s gains were a welcome sign from Bitcoin enthusiasts who have seen its market share decrease from almost 80% at the start of 2017 to only 36% today.

Thiel is one of the only mainstream investors to admit to investing large amounts of money in digital currencies. As the journal writes, they are often “scared off by concerns about cybersecurity and liquidity, as well as more mundane fears of investment losses.”

The co-founder of PayPal, Thiel hasn’t been afraid to speak his mind. He’s a vocal supporter of President Donald Trump. Moreover, Founders Fund extends throughout the tech space. In addition to their investment in Facebook, Founders Fund is represented at Airbnb, SpaceX, and Lyft.

Bitcoin isn’t their only crypto-focused investment. The Journal reports that their investments include two crypto-focused hedge funds, Metastable Capital and Polychain Capital. Both funds invest money in blockchain companies, another lucrative expression of the cryptocurrencies.

Neither The Wall Street Journal nor CNBC, who both reported on Thiel’s investment, were able to determine if he sold any of his stake in Bitcoin. However, at the Future Investment Initiative in Saudi Arabia, Thiel expressed his confidence in Bitcoin, saying,

“If bitcoin ends up being the cyber equivalent of gold it has a great potential left.”

For new Bitcoin enthusiasts, Thiel’s investment and Bitcoin’s subsequent price increase are welcome news. 2017 was nearly unencumbered positivity for Bitcoin and its investors. December’s slight downturn represents one of the only pronounced hindrances, but today’s price increase was certainly reminiscent of Bitcoin’s momentous days of big gains.