Bitcoin production cost decline could be a negative for price, JPMorgan says 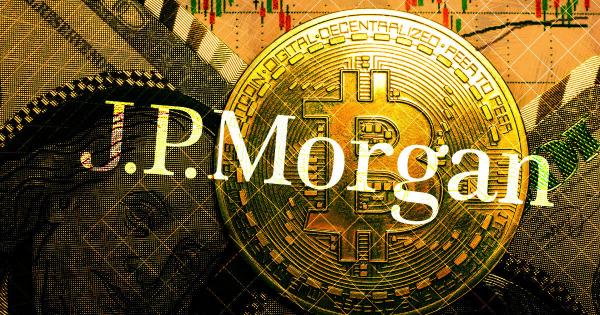 JPMorgan Chase & Co. strategists said that Bitcoin’s (BTC) cost of production is down by almost half to $13,000 presently from $24,000 at the start of June,  Bloomberg News reported July 14,

The Nikolaos Panigirtzoglou-led strategists wrote that this decline in production cost is primarily due to the reduction in electricity use.

The Cambridge Bitcoin Electricity Consumption Index had pointed out that the energy spent on mining Bitcoin has declined over time.

The strategists said miners have lately been deploying more energy-efficient mining rigs to maintain profitability in the current bear market.

Several Bitcoin miners have struggled to remain in operation since the price fell below $30,000 with some of them being forced to sell their holdings to meet their operating costs and other financial demands.

JPMorgan strategists wrote in June that there could be more selling pressure on the miners in the third quarter if miners continued to sell their BTC. But a decline in production cost could remove that pressure and leave miners with profits.

Signs are bleak for Bitcoin price

While many might consider this decline in production cost great for miners, JPMorgan note pointed out that it could be bad for Bitcoin prices.

While clearly helping miners’ profitability and potentially reducing pressures on miners to sell Bitcoin holdings to raise liquidity or for deleveraging, the decline in the production cost might be perceived as negative for the Bitcoin price outlook going forward. The production cost is perceived by some market participants as the lower bound of the Bitcoin’s price range in a bear market.

Since peaking at over $69,000 in November, Bitcoin has steadily declined and is currently trading below $20,000.

Significant macroeconomic pressures such as inflation, interest rates hike, and high-profile implosion of crypto firms have taken a toll on the industry.

This has led to increased speculations that the Bitcoin price could drop to as low as $10,000, according to a survey.