On Valentine’s Day, the crypto market was infatuated with Bitcoin (BTC) as the coin broke yet another all-time high, reaching roughly $49,530, according to metrics platform CoinGecko. 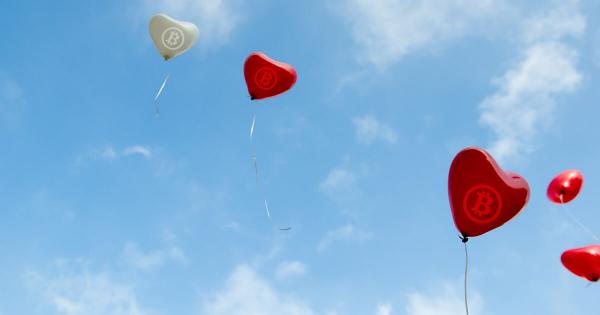 Photo by freestocks on Unsplash

On Valentine’s Day, the crypto market was infatuated with Bitcoin (BTC) as the coin broke yet another all-time high, reaching roughly $49,530, according to metrics platform CoinGecko.

Meanwhile, the week leading to February 14 was also quite eventful all by itself, with a slew of Bitcoin-related announcements and news exploding over the Internet.

On the heels of this news—further fueled by Musk’s crypto-centric barrage of tweets—Bitcoin surged from $38,000 to $44,000 and kept going up since then.

Congratulations & thank you to @elonmusk & @Tesla on adding #Bitcoin to their balance sheet. The entire world will benefit from this leadership.https://t.co/FVTepBqAI2

Shortly after, Musk was congratulated by Michael Saylor, CEO of business intelligence firm Microstrategy that invested over $1 billion into Bitcoin recently.

“Congratulations & thank you to [Elon Musk] Tesla on adding Bitcoin to their balance sheet.  The entire world will benefit from this leadership,” Saylor tweeted.

Wall Street Journal commenters, on the other hand, lambasted Tesla for its investment in BTC, stating that “This con is going to end badly for so many people” and “[Imagination] supports the value of Bitcoin.” The price of Bitcoin, however, paid no attention to naysayers.

Shortly before that, it looked like the Bitcoin blockchain itself was preparing for a surge. On February 7, its hash rate—the total computing power dedicated to the network by miners—reached a new all-time high of 176 exahashes per second. As demand for transactions and the price of BTC both rose, so did its blockchain’s power.

After Tesla’s revelation, other major traditional companies quickly turned their sights to Bitcoin. Mastercard, for one, has outright announced it plans to add support for cryptocurrencies to its network “later its year.”

“We are preparing right now for the future of crypto and payments, announcing that this year Mastercard will start supporting select cryptocurrencies directly on our network,” wrote Raj Dhamodharan, executive VP of digital asset products at Mastercard.

Retail giant Amazon, on the other hand, made no official statements, but quietly posted a couple of job listings for its yet unrevealed “digital currency” project in Mexico.

"There was a semi-annual town hall meeting last month where $JPM had to grapple with demand coming within from their own traders people who are actually looking at charts of #btc truly salivating at the volatility and the surge of this," says @Hugh_Son. pic.twitter.com/TE3CwTBhVl

Similarly, banking giant JPMorgan as well as Morgan Stanley’s $150 billion arm are both considering adding Bitcoin to their services as their traders are “truly salivating at the volatility and the surge of this” lately, according to some reports.

Meanwhile, Twitter CEO Jack Dorsey and rapper Jay-Z announced that they are launching a 500 BTC (worth roughly $24 million) Bitcoin trust which will focus on Bitcoin development initially in Africa and India.

JAY-Z/@S_C_ and I are giving 500 BTC to a new endowment named ₿trust to fund #Bitcoin development, initially focused on teams in Africa & India. It‘ll be set up as a blind irrevocable trust, taking zero direction from us. We need 3 board members to start: https://t.co/L4mRBryMJe

This was a busy week for Bitcoin indeed—and it ended on an all-time high note.

Jack Dorsey and Jay-Z to collaborate on Bitcoin development fund