Binance, one of the world’s largest cryptocurrency exchanges, might be behind around a dozen stake pools on the Cardano network. 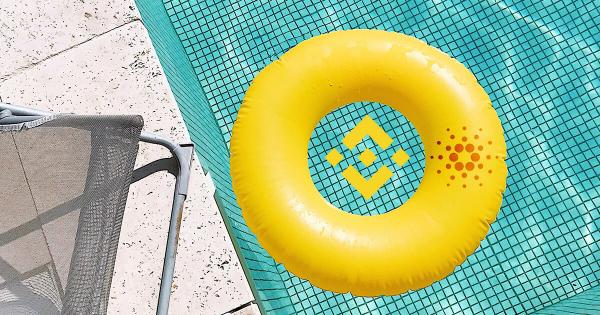 Photo by Jubéo Hernandez on Unsplash

Binance, one of the world’s largest cryptocurrency exchanges, might be behind around a dozen stake pools on the Cardano network. The latest information from the Daedalus wallet shows that there are 18 stake pools whose metadata pages indicate that they may have been founded by the exchange. While some members of the Cardano community celebrated the move, others feared that it may bring more centralization to the platform.

More than a dozen Binance stake pools pop up on Cardano

With more than 1,000 stake pools currently operating on the Cardano blockchain, it was only a matter of time before some of the industry’s largest players began entering the space. According to the data available on the Daedalus Wallet, the first to start not one, but 18 stake pools on the Cardano network was Binance, one of the largest cryptocurrency exchanges in the world.

Rick McCracken, the host of The Cardano Effect podcast, was the first to share the emergence of at least a dozen Binance stake pools on Cardano, tweeting screengrabs of all of the pools titled “BNP.”

However, despite the metadata of most of the stake pools listing the official Binance website, neither the exchange nor any of its representatives confirmed their authenticity.

“Dear friends at @binance and @cz_binance are the pools on the Cardano blockchain really yours? This is an exciting and interesting development, yet ominous at the same time, so I ask out of pure curiosity. Thank you!” McCracken wrote on Twitter.

The impact Binance’s stake pools could have on Cardano

While we’re yet to see Binance officially confirm the existence of these pools, many members of the Cardano community seem sure that the exchange is already knee-deep in Cardano. Many have also celebrated the move, saying that it could be a potential driver both for price appreciation and the increase of the k-parameter.

However, not everyone believes that this is a positive development for the network.

A large portion of the Cardano community seems wary of large players such as Binance getting involved with staking. Some have also warned that allowing multiple pools from single sources, especially sources as big as Binance, could have a detrimental effect on ADA, comparing the situation to the cartel block producers on the EOS blockchain.

With a lower tax than most stake pools, Binance could attract a significant number of newcomers who want to pledge their ADA to a trusted name—a move that many believe will increase the centralization Cardano was built to combat.