Bitcoin has undergone a remarkable rally over recent weeks. 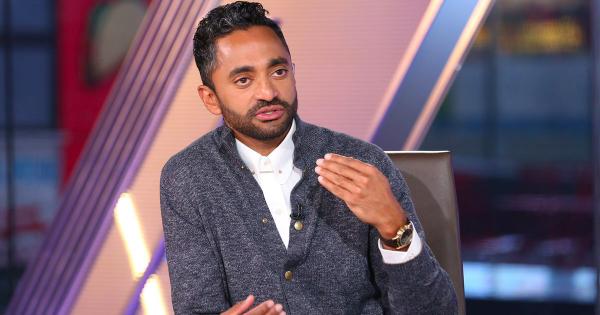 Bitcoin has undergone a remarkable rally over recent weeks. The cryptocurrency is up over 100 percent from where it was just a month ago, with BTC pushing past $40,000 on Thursday.

Analysts are divided over what comes next for Bitcoin in the near term: there are many that believe the cryptocurrency is extremely overbought on technical terms and thus faces a correction in the near term, while there are others that note institutional buying pressure should outweigh any chance at correction.

Whatever the case, prominent investors in BTC have maintained their belief that long-term growth is likely for the coin.

Chamath Palihapitiya, a Canadian-American venture capitalist known for buying a large amount of the Bitcoin supply (rumored to be 100,000 coins) in 2012 or 2013, recently maintained this belief in an interview with CNBC.

Palihapitiya has been one of the biggest supporters of Bitcoin in public over the past nearly a decade now.

The venture capitalist, who is also the chairman of Virgin Galactic and a number of other companies, became a public supporter of the cryptocurrency in 2012 or 2013. This year, his advocacy of the investment has grown as he has noted that macroeconomic and geopolitical trends are pointing to the need for some form of “schmuck insurance,” which he thinks Bitcoin takes the form of.

In the investor’s latest CNBC interview, he was asked about where he thinks Bitcoin, the “rocketship,” will be going in the months and years ahead.

Keeping it short, the investor said that he thinks Bitcoin will pass $100,000, then $150,000, then $200,000, and so on into the future. Palihapitiya did not attach a timeline to his prediction, though said that he is certain the cryptocurrency will gravitate toward those values over time.

The reason? With so much chaos taking place in this world, it should be apparent that “our leaders are not as trustworthy and reliable as they used to be.”

While he says that all investors should have a bit of Bitcoin, a “bit of schmuck insurance,” he does own a large portion of the supply. So much so that he joked last week that he will buy out the entire Hamptons and build sleepaway camps for kids, working farms, and low-cost housing.

When $BTC gets to $150k, I will buy The Hamptons and convert it to sleepaway camps for kids, working farms and low-cost housing.

Palihapitiya may be underestimating the opportunity, though, some have argued.

The Winklevoss Twins think that Bitcoin will move to $500,000 in the years ahead as it usurps gold as the leading store of value.