Deus' team might have contributed to the decline as the developers had halted a mechanism that allowed investors to exchange their DEI for other tokens. 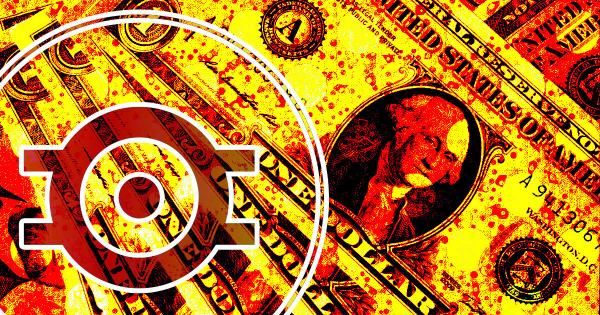 Another algorithmic stablecoin from Deus Finance, DEI, fell to as low as 54 cents on Monday, continuing what has been a tumultuous week for stablecoins.

The stableocoin first lost its peg against the dollar on Sunday but fell further in the last 24 hours. Though it is gradually recovering, it’s still trading below a dollar.

Since Terra’s UST lost its peg on May 9, it has had a ripple effect on the industry. An excellent example of this effect is DEI which isn’t entirely like UST. Although it’s algorithmic, it is also collateralized, unlike its counterpart.

To maintain its peg, the team uses arbitrage bots to monitor and adjust the collateral ratio of DEI, but the decline in the stablecoin market appears to have hit it hard.

After dropping 3% on Sunday, it lost 20 cents overnight, leading to massive panic sell-offs that further impacted the price.

Deus’ team might also have contributed to the decline as the developers had halted a mechanism that allowed investors to exchange their DEI for other tokens.

The developers explained that the exodus of traders from stablecoin pools led to lower liquidity and backing for DEI. The market cap of stablecoins has dropped by almost 1%, according to data on CryptoSlate in the last 24 hours.

Also, the fact that the protocol was the victim of a $13.4 million exploit last month might have affected it. Not forgetting that the value of the DEUS native token has dropped to as low as $162 earlier today –this price slump reduced its collateral ratio to less than 50%.

While the token has slightly recovered and is trading for $270, DEI has shed 31% of its value, and it is now trading for $0.6785, per data on CoinMarketCap.

The de-pegging of DEI has already affected the Scream DeFi protocol. The lending protocol had hardcoded the price of DEI to $1, leading to heavy loss after the price dropped as those holding DEI swapped it for other stablecoins.

Our team is working around the clock to restore the DEI peg. Mitigation measures were implemented immediately and solutions are being developed for long-term stability.

However, the DEUS team has responded to the de-pegging by stating that it is

“working around the clock to restore the DEI peg. Mitigation measures were implemented immediately and solutions are being developed for long-term stability.”