Over $86.6 million worth of NFTs has been stolen in 166 thefts since 2020 and hackers show no sign of stopping. 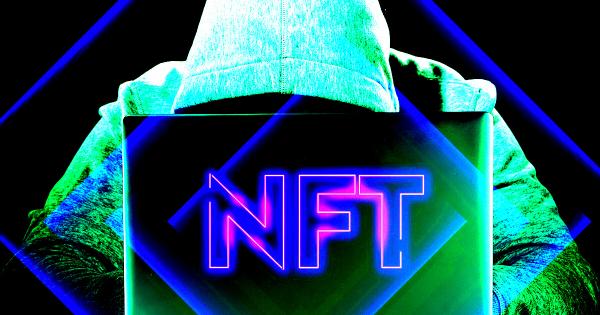 Recent research from Comparitech shows that NFT thefts are becoming more frequent than ever— and more profitable.

The company has kept track of NFT thefts ever since the non-fungible token standard was first introduced and recorded the first stolen NFTs as early as 2020. Since then, over $86.6 million of tokens have been stolen. At today’s prices, these NFTs are worth over $896.5 million.

There has also been a significant increase in the overall number of NFT thefts in 2022, starkly contrasting the declining number of crypto hacks recorded by Comparitech. Out of the 166 total NFT thefts, 14 happened in 2021, and only two occurred in 2020. The remaining 150 took place, in 2022, with March being the worst month for NFT owners, with 31 thefts happening that month.

The largest theft based on the amount stolen at the time of the attack was Lympo. In January 2022, the sports-based NFT subsidiary of Animoca Brands lost 165.2 million LMT tokens in a hot wallet hack. At the time of the attack, the tokens were worth $18.7 million. In November 2021, WAX chain game Farmers World suffered a hack that resulted in $15.7 million worth of NFTs being stolen.

With $13.7 million stolen, BAYC is the third-largest NFT hack ever. In April 2022, BAYC’s Instagram account was hacked, and dozens of NFTs were stolen from users. The floor price for the stolen NFTs was nearly $14 million at the time of the attack.

In its research, Comparitech only focused on clear exploits from hackers and excluded rug pulls, employee thefts, phishing scams, and company errors. The study also included NFT attacks identified by security trackers such as PeckShield or CertiK.