Will Bitcoin’s Taproot upgrade cause a “DeFi rain”?

The Taproot upgrade aims to improve the privacy of transactions and the efficiency of the Bitcoin network. 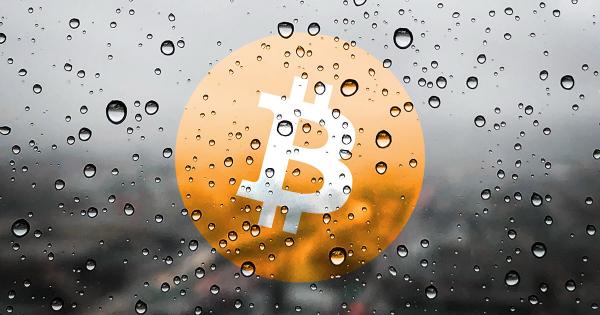 Photo by Anant Jain on Unsplash

On Nov. 14, the highly anticipated Bitcoin upgrade Taproot was activated on block 709,632 with the aim of kindling a DeFi and dApp ecosystem around the decentralized currency, giving it a more Ethereum-like functionality.

But while Taproot received almost universal support from the Bitcoin community—unlike the divisive 2017 SegWit upgrade—it has not resulted in any significant price or trading volume changes.

While some people are surprised, expecting a greater impact, they shouldn’t be.

Even though the Taproot upgrade is turning Bitcoin towards the future with a series of privacy and efficiency upgrades, the coin will remain a relatively conservative force in crypto primarily as a store of value in the near term.

What is a Taproot Update

Unlike the previous upgrades, Taproot is not a single feature enhancement to the Bitcoin network, but rather a larger upgrade containing three improvement proposals (BIP340, BIP341, and BIP342).

Greg Maxwell proposed this upgrade in 2018. Since then, the three BIPs,  written by Pieter Wuille, Tim Ruffing, AJ Townes, and Jonas Nick were compiled into Taproot and merged into Bitcoin Core in October 2020.

The Taproot upgrade aims to improve the privacy of transactions and the efficiency of the Bitcoin network.

In summary: The heart of the Taproot upgrade is the Schnorr signature. It brings a whole new mix of performance, privacy, and even smart-contract possibilities to Bitcoin.

While both Bitcoin and the Ethereum network are based on the concept of distributed ledgers and encryption, they are very different in terms of technical specifications.

For example, Bitcoin acts as the digital equivalent of gold and is used to store value. Ether powers applications and makes a profit by supporting the network.

One of the main differences between Bitcoin and Ether is that Ether supports and works with smart contracts and provides developers with a way to create new applications.

Today, Ether dominates as the preferred blockchain for these applications, also known as dApps, or decentralized applications.

Most decentralized finance and NFT applications are built on the Ethernet network. As the use of Ether in DeFi and NFT has become more widespread, Ether has established itself as a first-mover in the application of cryptography.

While Ethereum has greater transaction volumes, Bitcoin’s cryptocurrency capabilities and superior network security can also attract liquidity that stays in the network for the long term.

Similar to gold, Bitcoin is stable and limited to a mintage of 21 million coins, and its value as digital gold savings is gaining more consensus.

However, many analysts, such as Zoni from Footprint Analytics, are not convinced that Taproot will turn Bitcoin into a smart contract ecosystem.

Therefore, it is difficult to attract more dApp or DeFi projects to program and build projects on its chain. There is still a long way to go for Bitcoin to become a programmable platform with a DeFi ecosystem.

It is fair to say that Bitcoin’s development is slow.

One reason for this is its PoW consensus mechanism, which requires up to 50% of Bitcoin nodes’ consensus in every modification. Even with Taproot, it is unlikely that it will catch up with the rapid development of DeFi.

Furthermore, only half of the known Bitcoin nodes have indicated support for the upgrade, with the rest still running old software. That means they haven’t yet implemented Taproot’s new rules.

The actual activations of Taproot, including Schorr, will not get started until next year.

Bitcoin Taproot has so far failed to live up to expectation, is there more to come?

What are cross-chain bridges and why do they matter?