Why Binance withdrew its Singapore license application, and what this means for Zilliqa

Binance CEO Changpeng Zhao explains why it makes sense to bow out of Singapore now. 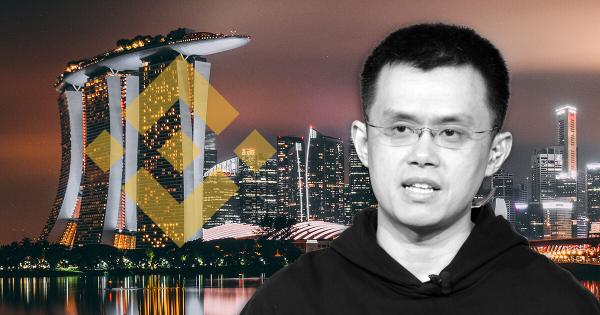 Photo by Larry Teo on Unsplash

Since the summer, the troubled crypto exchange has been at odds with global regulators. This has forced numerous changes in how Binance conducts its business, including reducing leverage to a maximum of x20. And, the end of September saw it stop fiat deposits for Singaporean users.

More recently, happenings in Singapore have accelerated. Not only did Binance withdraw its crypto trading permit application in the sovereign island city-state, but the firm also announced it would cease operations effect from February 13, 2022.

Binance Singapore to shut next year

In an announcement to its Singaporean users on Monday, Binance said it intends to withdraw its license application with MAS and wind down its services.

The message laid out a timeline of actions to facilitate withdrawing from the region, beginning immediately with the closure of new users to the platform.

It also advised existing users to withdraw funds before the February 13 deadline, warning that failure to comply would trigger a costly withdrawal procedure to recover funds.

The firm said it was not a decision taken lightly and apologized for the inconvenience.

“The decision has not been made lightly, and we apologize in advance for any inconvenience this may cause.”

In explaining the reasoning behind the decision, CZ said Binance had acquired “a sizable investment” in the already regulated HGX exchange. This, he sees, as a better path forward, which at the same time makes Binance’s own application “somewhat redundant.”

“Clarification. Binance made a sizable investment into regulated exchange HGX last week. This investment made our own application somewhat redundant. We will continue to work through our partners to grow the crypto industry in Singapore. Onwards.“

According to The Straits Times, the “sizable investment” CZ spoke of amounts to nearly a fifth of HGX’s equity, at 18% to be exact.

Commenting on the acquisition, Richard Teng, Binance Singapore CEO, and former HGX CEO said the collaboration would enhance products and services for all concerned.

“Crypto and traditional financial offerings continue to converge. Through this investment, we seek to work with HGX in enhancing offerings of products and services supported by blockchain technology.”

Since Q4 2020, the Zilliqa ecosystem includes the Singapore dollar stablecoin XSGD. And while Zilliqa has been caught in an enduring four-month downtrend, all eyes are now on $ZIL concerning how price action will respond to this news.