What were investors thinking as the Bitcoin price slipped under $30,000? 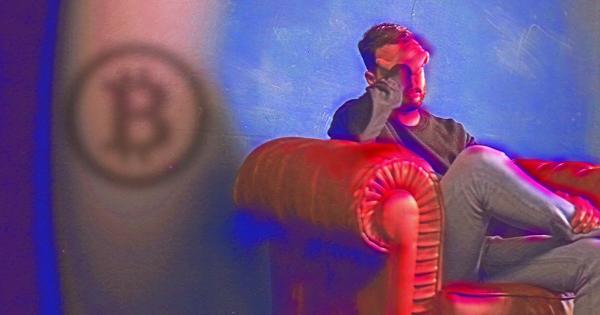 Bitcoin’s price slipped under $30,000 a few hours ago as selling pressure began to pick up across top exchanges. This came after BTC attempted to push past the $33,000-34,000 resistance region on Monday.

The cryptocurrency has since bounced after slipping under $30,000, bottoming in the $29,500 range that Bitcoin bottomed over seven days ago.

Bitcoin’s drop below $30,000 resulted in a large liquidation event for traders, with over $430 million worth of cryptocurrency positions liquidated in the past 12 hours.

While Bitcoin has since bounced after falling under $30,000, analysts are mixed over what comes next for the coin.

From a market structured standpoint, BTC is still holding on just fine: the cryptocurrency bounced off the mid-$29,000s, which is where it caught a bid on five occasions over the past month. The fact that Bitcoin has once again held that support is a sign that bulls are holding on. It’s worth noting that the cryptocurrency set a lower high in the recent recovery though, suggesting the formation of a descending triangle.

Bitcoin’s recent bounce in the $29,000 region was predicated on strong spot buying activity, which some speculate to be institutional players.

While there are large buyers interested here, the macro trends could result in risk-off market behavior in the near term.

Raoul Pal,  a co-founder of Real Vision and a former Head of Hedge Fund Sales for Goldman Sachs in Europe, said that he is cautious about markets due to how bonds, the U.S. dollar, and other asset classes are trading:

“A bit early to tell, but something feels very risky about the markets – how bonds are trading, how the dollar is trading, gold, BTC and what’s been going on in equities. On alert for a market clearing event. Equities are probably the weakest spot.”

A bit early to tell, but something feels very risky about the markets – how bonds are trading, how the dollar is trading, gold, BTC and what's been going on in equities. On alert for a market clearing event. Equities are probably the weakest spot.

The medium-term trend is intact though as Bitcoin’s fundamental trends appear to be stronger than ever. Pal said a few days ago:

“Feels like BTC is getting ready to climb the wall of FUD fear. Positive seasonality and a nice wedge give it a good chance to hit $50k by March. Let’s see… I remain, as ever, #irresponsiblylong.”

Bloomberg Intelligence analyst Mike McGlone also said that Bitcoin is on track to hit a $1 trillion market capitalization as there is maturity over its reputation as a store of value, crypto industry regulation, and the influx of institutional capital via firms such as Grayscale Investments.

Bitcoin drops below $30k with $450 million in futures liquidated—what’s next?

The cryptocurrency market saw over $450 million worth of futures contract positions liquidated in the last 24 hours.