It has been a rough day for Bitcoin, with the benchmark cryptocurrency seeing intense turbulence that has caused its price to oscillate between highs of $11,600 and lows of roughly $11,100. 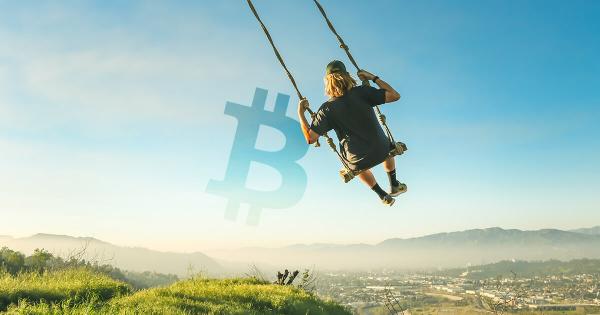 It has been a rough day for Bitcoin, with the benchmark cryptocurrency seeing intense turbulence that has caused its price to oscillate between highs of $11,600 and lows of roughly $11,100.

The decline that the cryptocurrency has seen throughout the past few hours came about after BTC failed to sustain the momentum that was sparked by the Federal Reserve chairman’s recent speech.

Investors initially treated news of the Fed’s plan to let inflation run hot over the coming years as being bullish for Bitcoin, pushing it from $11,300 to $11,600.

Despite rising inflation rates being undeniably positive for hard assets like Bitcoin, the crypto’s upswing proved to be short-lived and was followed by a sharp decline that erased all of its gains.

There is one on-chain metric, however, that seems to bolster BTC’s near-term outlook, as it shows that there is a significant amount of “dry powder” on the sidelines that could fuel an explosive upswing.

At the time of writing, Bitcoin is trading down over two percent at its current price of $11,200.

This marks a notable decline from its daily highs of $11,600 that were set in the minutes following the announcement of the Federal Reserve’s policy shift towards inflation.

Immediately after these highs were hit, the cryptocurrency’s price dived to lows of $11,150.

Buyers are currently attempting to defend against it seeing any further downside, but its near-term outlook is looking increasingly bearish.

Despite the short-term turbulence that has rocked Bitcoin’s mid-term trend, one set of on-chain data bodes that well for the cryptocurrency is its current Stablecoin Supply Ratio (SSR).

Analytics platform Glassnode spoke about this metric in a recent tweet, explaining that the massive quantity of sidelined stablecoins suggests that BTC has massive upside potential at its current price levels.

The SSR is also three times stronger than where it was when Bitcoin was trading in the $11,000 region just over one year ago,

“The current Stablecoin Supply Ratio (SSR) indicates a high buying power of stablecoins over Bitcoin – and therefore an increased potential for an upwards movement of BTC. SSR is 3x stronger than it was when BTC hit these price levels over a year ago.”

This sidelined capital could also help extend the longevity of Bitcoin’s next mid-term uptrend, potentially allowing it to ultimately set fresh post-2017 highs.