Bitcoin has entered what appears to be a consolidation phase following its latest bout of volatility. 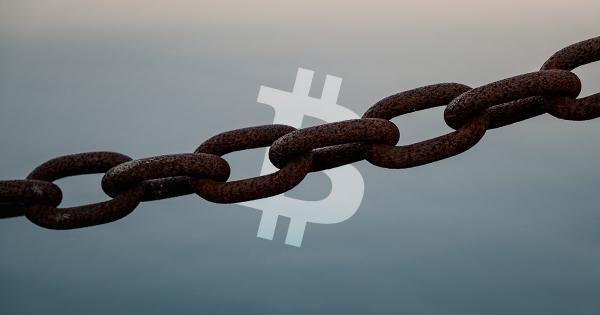 Photo by Danielle MacInnes on Unsplash

Bitcoin has entered what appears to be a consolidation phase following its latest bout of volatility. Yesterday, the cryptocurrency rallied as high as $15,800 before it lost its strength and reeled all the way down to lows of $14,800.

From this point on, its price has been hovering within the lower-$15,000 region, with buyers and sellers unable to spark any sustained move in either direction.

This sideways trading is expected, as the crypto has posted immense gains throughout the past few weeks. An uptrend this strong hasn’t been seen since late-2017, just before the cryptocurrency saw some parabolic momentum.

There is one piece of on-chain data that is working greatly in Bitcoin’s favor.

According to a respected analytics firm, the cryptocurrency’s Short-Term Holder MVRV has been holding above a key level, which is historically emblematic of it entering a full-fledged bull market.

Because BTC has yet to post any “blow-off top,” it may still be positioned to see further mid-term upside.

$16,000 has been a strong resistance level for Bitcoin throughout the past week. Each visit to this level has been met with intense selling pressure, forcing it lower each time.

That said, yesterday’s rebound from $14,800 shows that there is some serious support for the crypto within this price region.

From a fundamental perspective, Bitcoin is healthy and growing stronger each day.

One example of growth seen by the benchmark digital asset is the type of new investors moving to gain exposure. As CryptoSlate reported yesterday, billionaire investor Stanley Druckenmiller is the latest mainstream macro investor to bet on Bitcoin.

He follows close behind other notable investors like Paul Tudor Jones and multiple publicly listed corporations like Square and MicroStrategy.

Yes, BTC is in a bull market – On-chain indicator reveals

According to the analytics firm Glassnode, Bitcoin is in a firm bull market.

They note that the cryptocurrency’s Short-Term Holder MVRV has held its “positive ratio” for 6 months now and is continuing to hold above what they call the “neutral line.”

“Bitcoin Short-Term Holder MVRV has been holding its positive ratio for the past six months – and bounced off the neutral line yet another time. Historically, holding this support level is indicative for an ongoing $BTC bull market.”

As seen on the above chart, prolonged bouts of this indicator holding above this neutral line indicate that a parabolic move higher is brewing.