Ethereum captivated cryptocurrency investors in early-to-mid February of this year, which is when ETH was able to post a massive rally that sent it surging from yearly lows of roughly $125 to highs of $290, which is where its parabolic journey ended.

Its price action in the time following this rejection has been grim, with Bitcoin’s recent selloff to lows of $3,800 creating a downwards tailwind that briefly sent ETH to lows within the $80 region.

Although the crypto has since been able to firmly recapture its position within the lower-$100 region, one top cryptocurrency trader is now noting that it has a “cursed chart” – meaning that lower lows may be imminent.

Ethereum pushes towards $140, but it has a long way to fall before it finds support

At the time of writing, Ethereum is trading up just under six percent at its current price of $139, which marks a notable climb from daily lows of $130.

This climb has come about concurrently with that seen by Bitcoin and many other major altcoins, which have all been able to post some notable gains today.

Despite the overt bullishness of today’s rally, it is important to note that it doesn’t appear that ETH has any significant support right around its current price level, signaling that it may see a significant decline – should the crypto market see a sudden downturn in the hours and days ahead.

Michaël van de Poppe – a popular crypto analyst who trades under the moniker “Crypto Michaël” – explained previously that the key support regions ETH bulls must defend sit at roughly $102 and $94, with a sustained break below either of these levels opening the gates for a serious downside.

DonAlt – a highly-respected trader who forecasted Bitcoin’s decline while it was trading in the $10,000 region – bearishly stated in a recent tweet that Ethereum’s mid-term chart is “cursed,” adding that he anticipates the crypto to see a massive downside.

“ETH: As long as ETH is trading below this red line I’m assuming new lows & capitulation are coming. This is a cursed chart, even more so considering this was the reason half of CT shouted alt season just weeks ago.”

Unless Bitcoin plows through the intense resistance it is facing around its current price levels in the hours and days ahead, Ethereum may significantly underperform it, posting noteworthy losses that mark an extension of the downtrend that first began when it was rejected at $290. 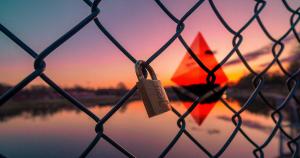 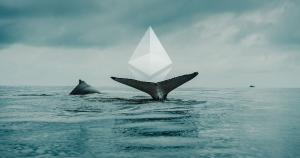 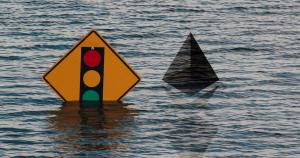