There could be 1 billion global crypto users by the end of 2022, and more than half will own Bitcoin Andjela Radmilac · 8 months ago · 4 min read
News › Crypto.com › Bitcoin › Adoption

If the rate of crypto adoption remains the same, we could see over 1 billion crypto users by December—60% of which would own Bitcoin. 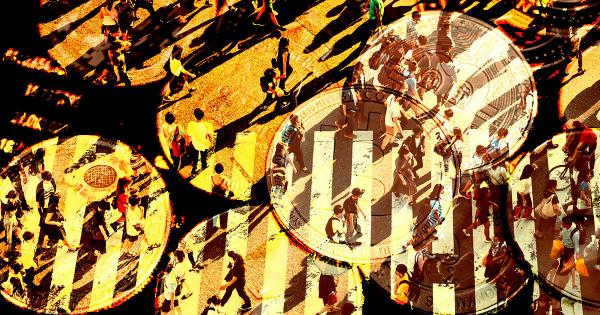 The rate of cryptocurrency adoption is growing at an exponential rate. As the market gets more mature, more and more users are jumping onto the crypto train and increasing the global rate of crypto ownership.

According to the latest report from Crypto.com, we are currently on track to reach 1 billion crypto users by the end of 2022.

Adoption grows despite the onset of a bear market

The growing push towards cryptocurrencies has been steadily increasing in the past few years. And while the retail market has always been the one driving this adoption, this year we’ve seen massive institutional efforts as well.

El Salvador’s groundbreaking Bitcoin law was a cherry on top of an entire year of companies and financial institutions jumping aboard the crypto train.

All of this has translated into a significant increase in the number of crypto users. According to data from Crypto.com, there were 295 million crypto users globally as of December 29th, 2021. And while this number is just an aggregate of all of the users (cross-checked for double addresses) across two dozen centralized exchanges, it’s still a fairly good representation of the market.

Last year, the number of crypto users has almost tripled, increasing from 106 million in January to 295 million in December. If we see the same rate of increase in 2022, we are on track to reach 1 billion users by the end of the year.

This rate of increase in the number of crypto users will have a significant effect on the market. As of 2022, around 176 million global crypto users, or just under 60%, own Bitcoin. Only around 23 million own Ethereum, but 23% of the entire user base own both Bitcoin and Ethereum.

We’ve seen the biggest month-on-month growth of crypto users in August last year when the number of users grew by 15.2% when compared to the previous month. This increase in the number of users was partly responsible for Bitcoin’s stellar performance in the following months, peaking in November when it reached its ATH of $69,000.

The 15.2% growth rate we’ve seen in August was hard to replicate in the following months—MoM growth rates in September and October 2021 were just 1.1% and 2.1%, respectively.

Despite this, Bitcoin continued to capture the largest part of the crypto market—both in terms of market capitalization and the number of users. In July 2021, just under 56% of all crypto users owned Bitcoin. This market share continued to grow until October when it reached 63%. Once Bitcoin touched its ATH and began its two-month-long drawdown,  its market share decreased to 60%.

When it comes to Bitcoin’s market capitalization, it too began to decrease at the beginning of November 2021, falling below 40% at the end of the year. If this downtrend was to continue in 2022, we could see its dominance drop to historical lows.

However, none of that will affect the number of people owning Bitcoin. If the rate of ownership among crypto users was to remain around its current 60% level, it would mean that 600 million people would own Bitcoin.

Breaking down this data even further reveals an interesting phenomenon. In the second half of 2021, the number of Bitcoin users grew by 37.5%, increasing from 128 million in July to 176 million in December. Ethereum, on the other hand, saw the number of its users increase by only 1.4% during this period.

Crypto.com noted in its report that this might be due to the fact that various EVM-compatible blockchains and Layer-2 solutions drew away users and assets from Ethereum.

However, there could be another explanation for the lack of Ethereum adoption identified in the report.

As Crypto.com’s research methodology only considered centralized exchanges, it could have overlooked the vast DeFi market and potentially tens of millions of DEX users. In addition to that, Bitcoin has long received more mainstream press than Ethereum has, which could have made it more attractive to those completely new to the crypto industry.

There is also the issue of cost that could have driven more people to Bitcoin. Ethereum has been struggling with extremely high gas costs this past year, driving transaction fees through the roof. With the cost of a swap on a decentralized exchange often reaching hundreds of dollars, gas prices might have put Ethereum out of reach for many small-time retail investors new to crypto.

The complexity of the Ethereum ecosystem could have also been a significant factor in its lack of adoption. Out of the entire market, Bitcoin is the only cryptocurrency that looks and behaves in a way similar to traditional financial assets. This makes it a good gateway to the world of cryptocurrencies for many new users.