A cartoon control panel contains both obvious and symbolic depictions of a currency crisis. Notably, Bitcoin is featured alongside major fiat currencies. 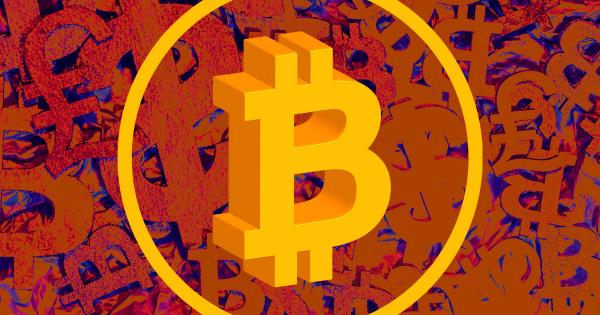 Twitter user @HKBelvedere recently posted a cover from the British weekly newspaper The Economist, accompanied by the text:

“Another spooky cover from The Economist dropped a few days ago. Make of it what you will.“

The cover depicts a cartoon-styled control panel with a lever front and center, as warning gauges read red or close to red. Below the lever is the text, “Regime change.”

The addition of multiple Easter eggs, including a nod to Bitcoin, has Twitter speculating over the hidden message(s) being portrayed.

What’s this about Bitcoin?

A look through the Economist’s archives does not show this particular cover. Nonetheless, given the current macro landscape, including escalating tensions in Eastern Europe, dollar strength, and a flat cryptocurrency market, Twitter is awash with assigning meaning to the cover.

@HKBelvedere commented that the red dial pointing to a pound symbol, flanked by signs for the yen, dollar, Bitcoin, and the euro, on either side “is interesting.” But no further comments on that were given.

The most obvious point of interest is that Bitcoin is depicted as standing on par with four major fiat currencies, including the reserve currency.

On Sept. 26, the pound hit an all-time low of 1.04 against the dollar due to the U.K. government announcing massive tax cuts to stimulate a stagnant economy.

The “mini-budget” knock effects have seen U.K. government bonds plunging, forcing the Bank of England (BoE) to intervene with bond purchases to the tune of £5 billion ($5.532 billion) a day for 13 days to prevent a collapse.

According to Bitcoin Magazine, the latest on the matter sees the BoE double its bond purchases over an indefinite period.

JUST IN: 🇬🇧 Bank of England DOUBLES its "temporary" QE to purchase £10 billion of UK government bonds per day

Gold-bug Peter Schiff commented that the intervention has created more inflationary pressure and is “doomed to failure” as long-term bond yields must rise in line with rising inflation.

While “Regime change” may be associated with Ukraine or Russia, given the precarious economic situation in the U.K., there is speculation that the cover alludes to newly elected Conservative Prime Minister Liz Truss being ousted following the disastrous “mini-budget.”

The Economist has form with “creepy” covers

Twitter sleuths have commented on less obvious Easter eggs. Referring to the dials above the lever, @ZeroSomeGame posted that it could mean 5 8 6 9, which may relate to a panic button typically installed to call for help.

The dials above the red lever are set to 5869. First Google result… pic.twitter.com/H0AEKUPzX1

@CryptoShadowOff linked the cover to comments made by Russian General Andrey Gurulyov, who, in June, said London would be attacked first if World War III were to erupt.

The Economist was founded in 1843 and is considered a highly influential publication. Over the years, some of its covers have accurately predicted future events, leading some to believe a connection with “insiders.” 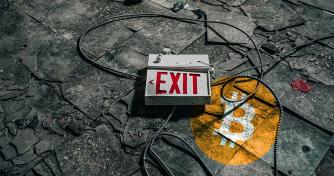 BTC performed better than ARKK, MSTR, COIN despite 65% fall in 2022 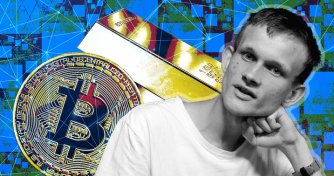 Buterin says crypto is a better bet than gold