USDT sinks to $0.9806 amid rumors FTX/Alameda is shorting the stablecoin. 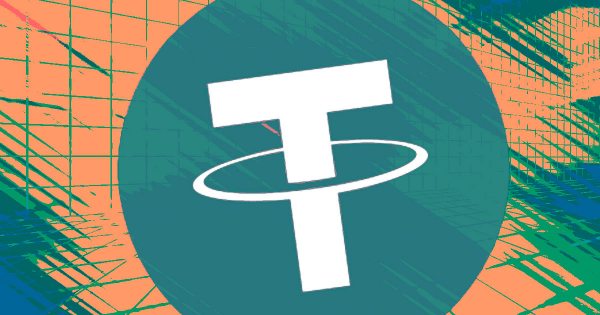 The Tether (USDT) stablecoin showed signs of wavering on Nov. 10, sinking as low as $0.9806 as market uncertainty continues to reign.

The fallout from FTX’s insolvency woes has piled on sell pressure across crypto markets. The seven-day performance for the top 100 tokens has seen double-digit losses across the board. The exceptions are several stablecoins — PAX Gold and OKB.

Unsurprisingly, FTT leads the losses, down 88% over the past week.

In another twist to the sage, on-chain analysis showed FTX’s trading arm Alameda borrowed 250,000 USDT from Aave early on Nov. 10.

Twitter user @mhonkasalo speculated that Alameda could be shorting the asset in the expectation of further drops.

A tweet from @celestius_eth pointed out it is known Alameda held a significant stack of Tether. He wondered whether forced liquidation would stretch Tether’s ability to cover redemptions.

#Alameda received around $36.6B #Tether in the past year. This is about 38% of all outbound volume ever.

Just imagine #Alameda still has loads of Tether and is forced to liquidate all remaining assets, can Tether cover that?

Commenting on the situation, Bitfinex and Tether CTO Paolo Ardoino referenced the fallout from the Celsius collapse, in which Tether also wavered, adding that sufficient reserves are held.

“In this time, once again Tether is going to prove to everyone that its reserves are liquid and stable. We are ready to redeem any amount that comes to us.”

To safeguard the overall blockchain industry and crypto market, TRON DAO Reserve will purchase total 1 billion USDT. You may see the change of balance on https://t.co/L52UWqhmkR and all the reserve will be in CEXs.