The inflation rate of the Swedish krona rose to a new 29-year record in December, following a world-wide trend in increasing inflation, and the 7.0 percent inflation in the U.S. 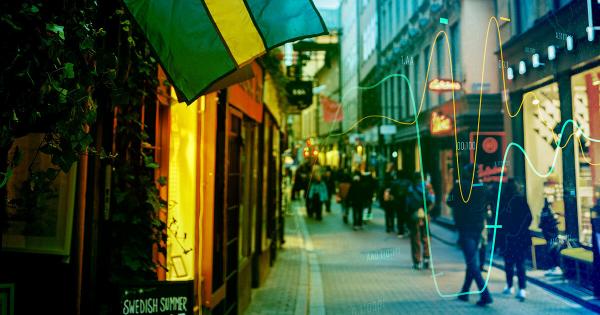 Inflation is on the rise in many parts of the world. On Wednesday, The U.S. Federal Reserve reported a CPI inflation of 7.0% for December. Following this trend, the inflation rate of the Swedish krona SEK rose to 4.1% in December, a strong increase from November’s inflation rate of 3.6%.

These levels of inflation have not been seen since December 1993, almost 29 years ago. The inflation, as reported by the Swedish Bureau of Statistics SCB, was higher than market expectations and far above the two percent target set by the Swedish central bank Riksbanken. The most important contribution to the higher inflation came from rising energy prices, but important contributions also came from raising prices on food, clothing and transportation.

Inflation was down to zero in 2020

In 2021 inflation started to increase, it stayed above 1.5 percent throughout the year and was up 1.3% from November to December.

“Energy prices rose in December. It was the highest monthly change of energy prices during the 2000s, says Caroline Neander, pricing statistician at SCB.

The second contributor to December’s inflation was transportation, followed by clothing. The price of fuel, however, went down in December. Not counting energy prices, the inflation rate fell from November’s 1.9% to 1.7% in December.

“The Swedish Riksbank, in tandem with the European Central Bank ECB, is still pushing the argument that these levels of inflation are of transitory character, despite figures being higher than expected, ” says Mattias Isakson, Chief Strategist at the Swedish commercial bank Swedbank.

Parallel to the focus on inflation, the infection rate of Covid is at record levels in many countries, at the same time as supply chains are clearly strained, and any light at the end of the tunnel is hard to see in the short term.

Meanwhile, the average annual inflation rate in the Eurozone rose to 5.0 percent in December, slightly up from November’s 4.9 percent. Also for the EU, energy prices contributed most to the higher inflation, rising 26 percent year-on-year.

Dangerously high inflation in the Baltics

Rising inflation is especially hitting the Baltic region with 12 percent in Estonia and 10.7 percent in Lithuania. Also, Belgium and The Netherlands are seeing high inflation with rates at 6.5% and 6.4% respectively. Germany, the EU’s largest economy, saw an inflation rate of 5.7%, clearly above the European average.

Neighboring the EU, the inflation challenges in Turkey are severe as the country’s inflation of the lira is hitting 36%, and the Turkish lira lost 44% to the U.S. dollar last year.

Many, at least in the crypto industry, see Bitcoin as an inflation hedge, first and foremost due to Bitcoins fixed issuance rate, controlled by nothing else than the protocol itself, and extremely hard, if not impossible, to change. While not zero, during this halving cycle, Bitcoin’s inflation rate is at 1.76% year-on-year.

Bitcoin climbs as Fed confirms “inflation is much too high”