To preserve what wealth they have left, Afghans are moving away from volatile assets — including Bitcoin. 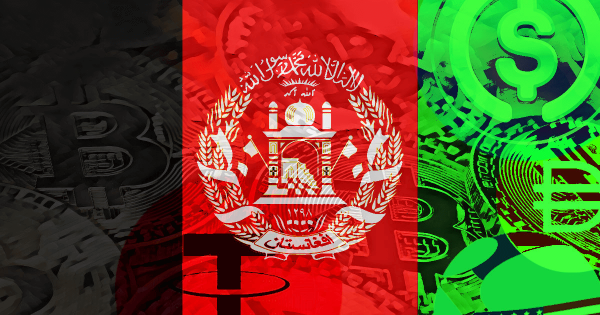 We are witnessing a global cryptocurrency boom, but not all crypto adoption around the world is made equal. While prospects of gaining wealth fuel most spikes in adoption, some result from a pressing need to preserve it.

This is the case with Afghanistan, where the Taliban’s takeover in 2021 left the country economically devastated amid crippling sanctions from the west.

The U.S. has blocked over $9 billion in foreign exchange reserves, causing a ripple effect that put nearly 40 million people at risk of acute hunger. Afghanistan’s banking system is struggling to stay afloat with strict cash withdrawal caps and bans on foreign cash transfers and remittances.

However, the return of the Taliban hasn’t been bad for all businesses.

In an interview with NDTV, Habibullah Timori, the founder of the country’s largest crypto brokerage, said that his trading volume has doubled since the Taliban took over Afghanistan.

His brokerage, Maihan Crypto, has been operating since 2017 in Herat, Afghanistan’s third-largest city. Timori says his firm is the largest out of the country’s six crypto brokerages, most of which are located in Herat. The city has become Afghanistan’s crypto center due to its proximity to the Iranian border and an open-air foreign exchange market that has been at the center of the city’s economy for decades.

With over $400,000 in crypto transactions handled each week, Maihan Crypto looks like a gold mine in a country where the average worker takes home around $400 each month. However, Timori says that even with the steep 1.5% commission he charges on each transaction, he doesn’t live an “opulent” lifestyle.

His income, enough to provide him and his family with a comfortable lifestyle, is a direct result of increased crypto adoption in Afghanistan.

Timori says that almost all of his customers are looking to buy stablecoins, with Bitcoin and other volatile digital assets falling out of focus for most Afghans. The ones that failed to flee the Taliban are looking for ways to preserve the little wealth they have left, turning to stablecoins as a better way of protecting their money than turning it into gold.

“Demand for cryptocurrencies is high,” Timori told NDTV. “During other crisis, people stored their cash and jewelrty in the ground or under their pillows. This time, they’ve decided to keep it burried in crypto.”

In Afghanistan, buying cryptocurrencies on centralized exchanges is impossible. Afghani banks block all transfers to foreign accounts, and no exchange accepts deposits from banks registered in the country.

To facilitate trades, Maihan Crypto uses the traditional Hawala system, an informal way of transferring funds that currently accounts for around 90% of all transactions in Afghanistan. Timori and his staff send U.S. dollars to Hawala brokers in countries such as Iran, Turkey, and even the U.S., where they transfer stablecoins to Maihan’s Binance wallet. The company then sends stablecoins or other digital assets to their buyers’ wallets.

Timori’s company also enables customers to cash out their crypto, keeping a supply of U.S. dollars and Afghan’s national currency on hand.

While the boom in crypto adoption has enabled Timori to move Maihan Crypto out of his home and into an office building overlooking Herat’s foreign exchange market, the company’s future is still uncertain.

Since the Taliban took over Afghanistan last August, they imposed a theocracy with one of the world’s strictest interpretations of Islam. Just like cultural practices, the financial system in the country also must comply with Islamic law. This poses a serious problem both to the Taliban and other Islamic scholars, which have been debating whether or not trading digital assets should be allowed under Sharia.

Suhail Shaheen, the head of the Taliban’s political office in Qatar, said that economists and religious scholars are still studying digital tokens, but some Taliban officials are still keen on banning their use. Ehsan Sadiq, a former economics professor at the Jawzjan University in Afghanistan, said that traditionalists in the Taliban’s Ministry for the Propagation of Virtue and Prevention of Vice define trading cryptocurrencies as “gambling,” which is strictly prohibited in Islam.

The Taliban could also follow in the footsteps of other Islamic countries like Indonesia, whose council of religious leaders banned cryptocurrencies for Muslims due to their elements of “uncertainty, wagering, and harm.”

Timori said that while he welcomed the increased safety the Taliban brought to the once dangerous Herat, he will flee to Iran if they ban cryptocurrency trading. He maintains that cryptocurrency trading could keep the country’s economy afloat and shouldn’t be restricted under Islamic law.

With the economic pressure on the country ramping up, we are yet to see whether Afghanistan’s new militant leadership eschews the traditional interpretation of Sharia and embraces cryptocurrencies. Earlier this year, the Taliban said they were looking at all options to revive the crumbling economy—including cryptocurrencies.