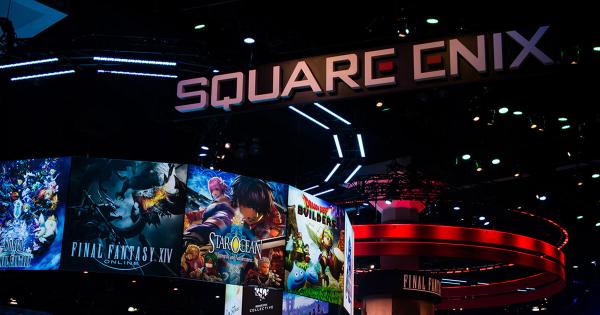 In his New Year’s letter, Square Enix President Yosuke Matsuda revealed the company’s plans to focus on incorporating blockchain-based games into its portfolio.

Besides getting behind the blockchain games, the major publisher indicated it is eager to participate in the emerging trends–including Metaverse and NFTs.

Although Square Enix has not announced any games that incorporate blockchain technology or NFTs yet, the letter revealed the publisher’s plans to explore the idea in 2022.

“By designing viable token economies into our games, we will enable self-sustaining game growth. It is precisely this sort of ecosystem that lies at the heart of what I refer to as “decentralized gaming,” and I hope that this becomes a major trend in gaming going forward,” wrote Matsuda in the letter.

While he noted that the needed technological infrastructure already exists, Matsuda also pointed out that there has been an “increase in the societal literacy and acceptance of crypto” during the past years.

“We will keep a close eye on societal shifts in this space while listening to the many groups of users that populate it, and ramp up our efforts to develop a business accordingly, with an eye to potentially issuing our own tokens in the future,” he announced.

Although Matsuda acknowledged that those who play games for fun have “voiced their reservations” regarding NFTs, he believes that “there will be a certain number of people whose motivation is to play to contribute,” adding that “traditional gaming has offered no explicit incentive to this latter group of people.”

According to him, 2021 was “Year One” for both NFTs and the Metaverse.

“The metaverse will likely see a meaningful transition to a business phase in 2022, with a wide range of services appearing on the scene. As this abstract concept begins to take concrete shape in the form of product and service offerings, I am hoping that it will bring about changes that have a more substantial impact on our business as well,” he added.

Matsuda’s letter wasn’t well-received among the gamer community, at least judging by the response on social media.

Despite the huge popularity, blockchain-based games witnessed in 2021, the gamer community proved to be a hard nut to crack when it comes to welcoming new trends–with even Edward Snowden criticizing NFTs “creeping into games” recently.

Meanwhile, facing a throng of backlash, Discord pulled back on its Web3 plans and shelved integrating Ethereum and NFTs into the platform.