The crypto community is having a blast dissing the new Solana project. 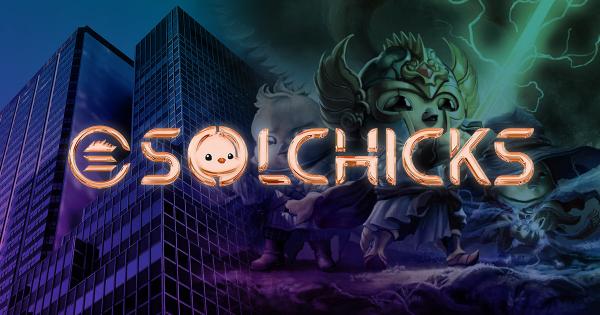 SolChicks, a play-to-earn fantasy game built on Solana, has become the talk of the town after it was revealed that 113 different venture capital funds have invested in the project.

Death by VC for the new Solana game?

A new play-to-earn fantasy game launched on Solana caused a stir in the crypto community on Wednesday, raising questions about the sustainability of the current fundraising model in DeFi.

SolChicks has been getting a significant amount of attention for being backed by over 100 different VC funds—113 to be exact. The project’s official website lists some familiar names among its partners, including Gate.io, but the majority remain obscure funds focused on small-cap DeFi projects.

In a press release published after its successful IDO, SolChicks said that it has raised over $20 million from more than 300 private investors. The game’s IDO is set to be conducted on 38 launchpads at a public price of $0.05 per token, implying a fully diluted market capitalization of $500 million.

The success of SolChicks’ IDO was what tipped some members of the crypto community to dive deeper into the game’s development.

The fact that over 100 VC funds invested in the project led many to question its legitimacy, with many saying that it was only a question of time before all of them dumped $CHICKS on the market.

So who's gonna provide liquidity for all the good people behind those shiny logos ? Any volunteer ? 🤔 https://t.co/xjXyeVtD8O

According to one trader, this isn’t just a baseless assumption—one of SolChicks’ founders was reportedly involved with several other equally ambitious projects that failed spectacularly just months after launch.

Solchicks is the 3rd project he's launch this year, after launching two others on BSC.

The $CHICKS token is set to have its IDO on December 2nd across 38 launchpads, with its token generation event (TGE), as well as public exchange listing scheduled for December 6th. We are yet to see how the market reacts to next week’s listing.

NFT fever returns as sales surge to $10.7 billion on Ethereum, Solana, and other blockchains

The Ontario Securities Commission has implemented CAD$30,000 annual buy limits for some Canadians, drawing criticism from across the community.