The two memecoins ranked higher in Google searches than Bitcoin and Ethereum. 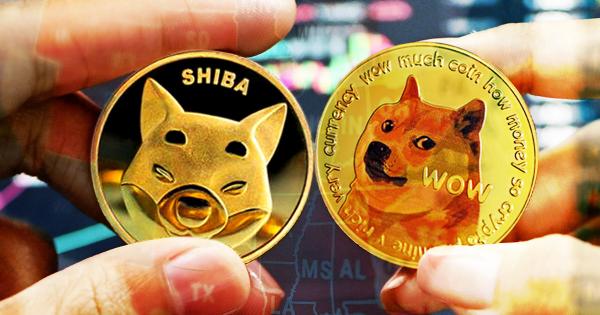 More people in the U.S. search for Dogecoin and Shiba Inu than for Bitcoin and Ethereum, a recent study found.

According to research conducted by The Advisor Coach, DOGE  and SHIB were the most-searched tokens on Google in 30 U.S. states.

Americans seem to love their memecoins

Strangely enough, being responsible for over 42% of the industry’s market cap doesn’t make Bitcoin the most popular cryptocurrency. The latest study from financial advisor The Advisor Coach found that Bitcoin was only the second most searched cryptocurrency in the United States, followed closely by Ethereum.

What the American public is most interested in are memecoins, which saw their popularity rise in 2021 as many saw gains exceeding several thousand percent. The research, obtained by Business Insider, showed that Dogecoin (DOGE) and Shiba Inu (SHIB) were the most searched tokens in 30 U.S. states.

Bitcoin, on the other hand, ranked the highest in only 10 states, while Ethereum topped Google searches only in 8.