Secret Network gets a boost as IBC voters say yes to joining the Cosmos network. 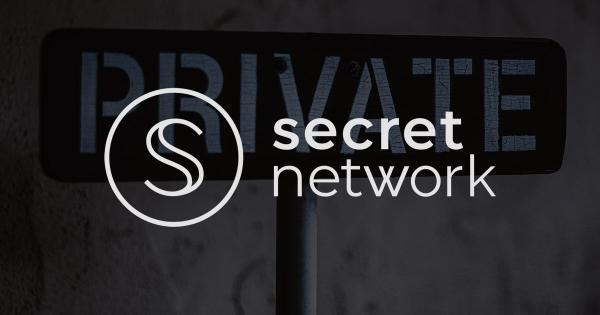 A proposition to greenlight Secret Network joining the Inter-Block Communication (IBC) protocol is set to pass, with most voters saying yes to the tie-up.

According to @JayJaboneta, Proposition 63 will end late Monday, and the current voting results have the yeses overwhelmingly in the lead. Meaning the coming days will see network integration between all relevant parties.

This marks a momentous occasion for all IBC members, including Cosmos and Terra. Soon, they will be able to benefit from data privacy by default thanks to the involvement of Secret Network.

Cosmos launched IBC in March this year as a way to transfer crypto-assets quickly and easily between different blockchains.

Dubbed the “internet of blockchains,” IBC is said to be the first chain to have permissionless and open-source cross-chain token transfer capabilities. This will enable several new use cases for cross-chain DeFi.

“IBC can be used to build a wide range of cross-chain applications, including but not limited to token transfers, interchain accounts (delegate calls between two chains), non-fungible token transfers and oracle data feeds.”

As well as bringing programmable privacy to the Cosmos ecosystem, the Secret Network is already bridged with Ethereum, Binance Smart Chain, Monero, Terra, Bitcoin, and Polkadot.

Who is Secret Network?

Secret Network protects users, secures applications, and unlocks hundreds of new use cases for Web3. The team intends to tackle the problem of exposed data, allowing protocols and users greater control of how data is used and stored. This they term “programmable privacy.”

The project first began in 2015 as a research idea at MIT. But since then, it has evolved to become a working protocol with practical application.

Although Secret Network bridges many different blockchains, Founder Tor Bair said the Cosmos-Terra-IBC bridge protocol is a new kind of bridge model, different from the other bridges.

Bair spoke about the experimentation that has gone on in making bridge models for different blockchains. Adding that, at this point, he still doesn’t know how a sustainable bridge model will turn out.

Nonetheless, he reiterated his commitment to Secret Network becoming the leading privacy hub.

“It’s exciting to see all the experimentation, honestly, we don’t know yet what the sustainable bridge models are going to look like. We do know, however, that no matter what that trust model looks like we want to be the privacy hub. We want to be where users can rely on having data privacy by default…”

Secret (SCRT) is the native coin of the Secret Network. Learn more