China Construction Bank (CCB), one of the country’s “big four” financial players, is planning to raise up to $3 billion from a sale of bonds that individuals and institutions can trade in and out of using Bitcoin and the US dollar, financial publication WSJ reported Wednesday. 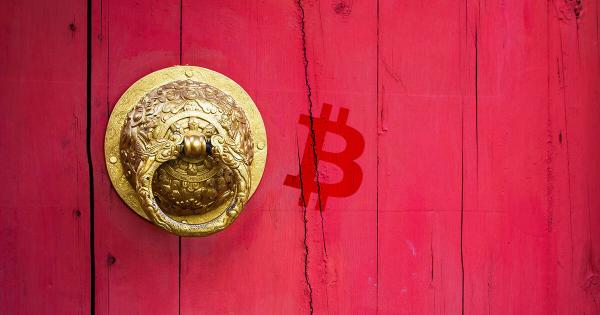 China Construction Bank (CCB), one of the country’s “big four” financial players, is planning to raise up to $3 billion from a sale of bonds that individuals and institutions can trade in and out of using Bitcoin and the US dollar, financial publication WSJ reported Wednesday.

SCMP reports China Construction Bank will sell US$3 billion worth of debt via Bitcoin, to be traded on Malaysian exchange.https://t.co/cAgbCFcFKM

The move comes amidst greater interest in the Bitcoin space by seasoned investors and tech entrepreneurs—such as hedge fund manager Paul Tudor Jones and MicroStrategy CEO Michael Saylor—in the past few months as global certainty and inflation seem imminent.

CCB, which also holds the distinction of being the world’s second-largest bank, is selling a cheap digital bond that buyers can invest as little as $100 in. The security would roll over every three months and pay annualized interest of Libor plus 50 basis points, or approximately 0.75%, noted the WSJ.

For legality purposes, the bonds will be issues and arranged via a CCB branch in Labuan county in Malaysia. The small town serves as a tax haven for southeast Asian businesses owing to its favorable regulations and policies.

The digital bond will be listed on the Fusang Exchange, a bourse that also facilitates the trading of cryptocurrencies. It also accepts Bitcoin as a form of payment for all purchases, which are then converted to US dollars instantly.

Felix Feng Qi, chief executive of China Construction Bank’s onshore Malaysia business and principal officer of its offshore Labuan branch, said in a statement the bond is “the first publicly listed debt security on a blockchain.” Proceeds from it would be deposited at the branch of the Chinese state-owned lender.

“The bond is essentially like a three-month fixed deposit product that pays holders much more than most U.S. dollar bank-deposit rates. The securities can be purchased by investors all over the world, with the exception of tax residents of the U.S. and China, and people and entities in Iran and North Korea.”

Steven Wong, the chief operating and financial strategist for CCB Malaysia, added that the business wasn’t breaching any laws by taking Bitcoin payments. “We are taking bank deposits, which is our core business,” he said.

Wong added that the bank considered the issuance of the bonds as both a pilot project and an innovative offering. However, he also cautioned against rumors. “The bank is not dealing in Bitcoin or cryptocurrencies,” Wong stated.

The offering started on Wednesday, and trading of the new digital security will begin on Friday.

Analyst: S&P 500 and Bitcoin are macro correlated but that’s not a bad thing