Bitcoin whales seem to be adding more BTC to their holding at a discount following the recent flash crash. 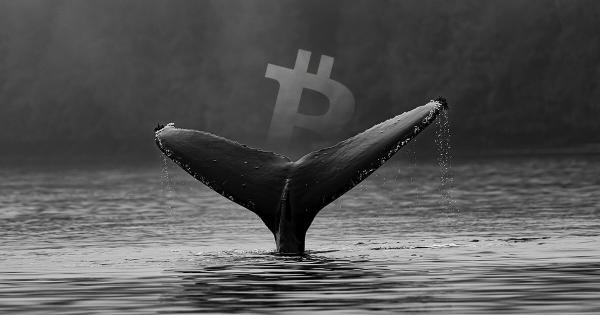 Bitcoin (BTC) recently went through one of the steepest corrections seen since the beginning of the year.

After rising to a new all-time high of nearly $65,000 on April 14, the world’s largest cryptocurrency by market cap took a 7.50% nosedive. But the losses accelerated quickly on Apr. 18 after a power outage in Xinjiang, China, forced many Bitcoin miners to shut down.

Bitcoin’s market value plunged by 16.70% to hit a month-low of $50,050 as the network’s hashrate fell by half. Data from Bybt shows that $4.87 billion worth of long BTC positions were liquidated across the board due to the sudden downswing.

While cryptocurrency enthusiasts trembled with fear, large investors took advantage of the price action to buy the asset at a discount. Bitcoin’s supply distribution chart shows a that addresses with millions of dollars worth of this cryptocurrency, colloquially known as “whales,” surge while prices dropped.

Roughly 16 new whales holding 100 to 10,000 Bitcoin have joined the network within such a short period.

The recent increase in the number of Bitcoin whales may seem insignificant at first glance. However, when considering that these high-net-worth individuals hold between $5.40 million and $540 million in BTC, the sudden spike in buying pressure can translate into millions of dollars.

IntoTheBlock’s In/Out of the Money Around Price (IOMAP) model reveals that Bitcoin faces strong resistance ahead. Based on this fundamental indicator, over 1.38 million addresses bought more than 800,000 BTC between $54,250 and $55,150.

As such, further price recovery may prove challenging. Only a daily candlestick close above this supply barrier can serve as confirmation of further gains.

If Bitcoin fails to move past the overhead resistance, a rejection could materialize. The IOMAP cohorts show that another spike in selling pressure could push Bitcoin toward the next crucial demand barrier at $50,000. Here, roughly 560,000 addresses are holding over 366,000 BTC.