Novogratz disses Litecoin on CNBC, does he have a point?

Litecoin continues sliding down the crypto rankings, but will 2022 see a revival? 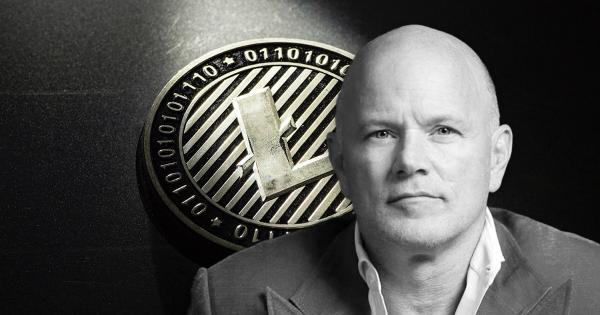 Photo by Jievani Weerasinghe on Unsplash

Speaking with host Joe Kernen, the pair discussed the Fed’s moves concerning the macro landscape going into 2022. On that note, Novogratz spoke of an “amazing [crypto] adoption cycle,” which he thinks will maintain the current price form.

“You’re seeing this adoption cycle in such an accelerated way. There’s been $30 billion of venture money coming in.”

His overall conclusion, as it relates to the asset prices against an uncertain macro landscape, is that assets “can still do fine.”

However, when it comes to mainstream coverage of leading crypto assets, Novogratz said Litecoin doesn’t warrant the exposure it gets.

What did Novogratz say about Litecoin?

Transitioning into CNBC’s crypto ticker board, which showed Bitcoin, Ether, Litecoin, XRP, and Doge, Kernen asked the former fund manager if he would make changes to the board.

Novogratz responded by calling out Litecoin due to its lack of community engagement, while also referring to its poor technological innovation.

“It’s strange to me that Litecoin shows up on anyone’s, you know… it’s not something that people are engaged in, it’s not a technology…”

When quizzed on what should be on the board in its place, Novogratz suggested Solana or Terra. The reason is that both these projects have strong community interest and are also coming out with innovative developments.

“Solana, Terra Luna, those are the cryptos that are getting the interest from the community that’s building. And what we look at is, who’s building on things, where’s the innovation, where’s the development? And so I’d have Solana and Luna up there.”

How is MimbleWimble progressing?

At the start of 2021, Litecoin was placed fourth on CoinMarketCap, while Solana was 112th and Terra placed 62nd.

In the space of twelve months, Solana now ranks 5th, Terra 9th, while Litecoin is on the verge of leaving the top twenty.

Throughout 2021, talk of the Litecoin MimbleWimble privacy integration has been prominent. While the narrative has pushed an imminent rollout, the integration is still not ready for release.

* Vulnerability found😬
* Fixed design and rewrote LIP-0004 🎊
* Small delay to fix vulnerability (Last one, I promise….unless there's another one)

Nonetheless, a recent report from Kraken paints a positive picture for Litecoin going into 2022. Researchers say on-chain activity is starting to pick up for “digital silver,” suggesting that this could translate into a “growth wave.”

They also point to a steady rise in the number of unique active addresses, with October 10 hitting an all-time high of 606,703. Adding that, the last time a similar setup happened, Litecoin went into price discovery mode.